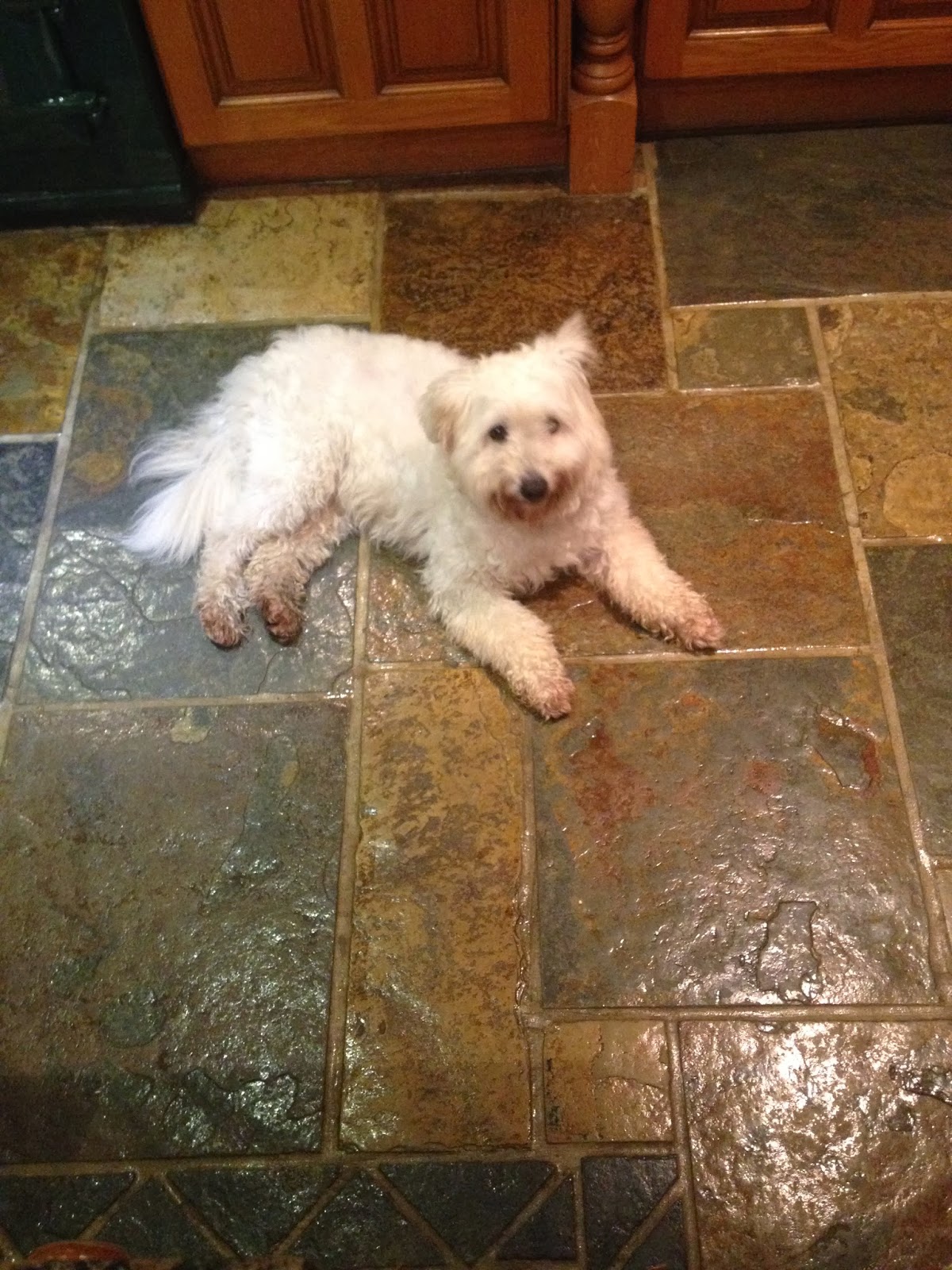 1. After poor Arthur's untimely demise last October, we finally took the plunge and got another dog. (which actually means that all my excuses ran out and I could postcrastinate no more.)

Instead of a pup this time though, we decided to adopt four year old Dora, mainly because, unlike Arthur, she wasn't black so we could see her in the dark, AND she looked really cute in the photos. (Oh and the dealbreaker for me was that she's already housetrained -sweeeeeet.)

So far, and I know it's early days, she's the most gentle, placid little thing and is enjoying being killed with kindness by one and all. 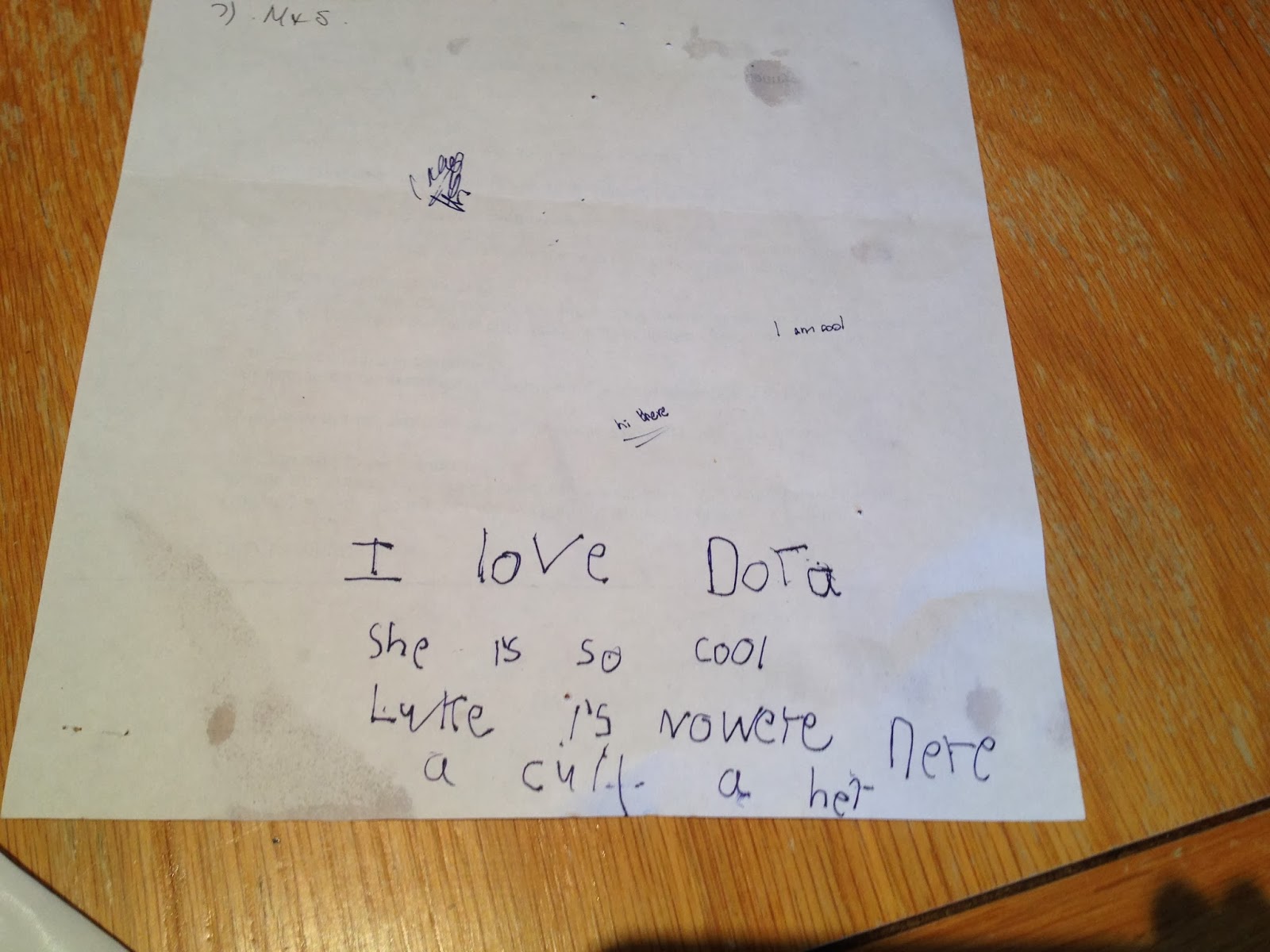 Rory, bless him, even felt the need to write this little note about her....and cleverly used the opportunity to take his little brother Luke down a few pegs in the process. (Translation-I love Dora. She is so Cool. Luke is nowhere near as cute as her. ) So there you go. 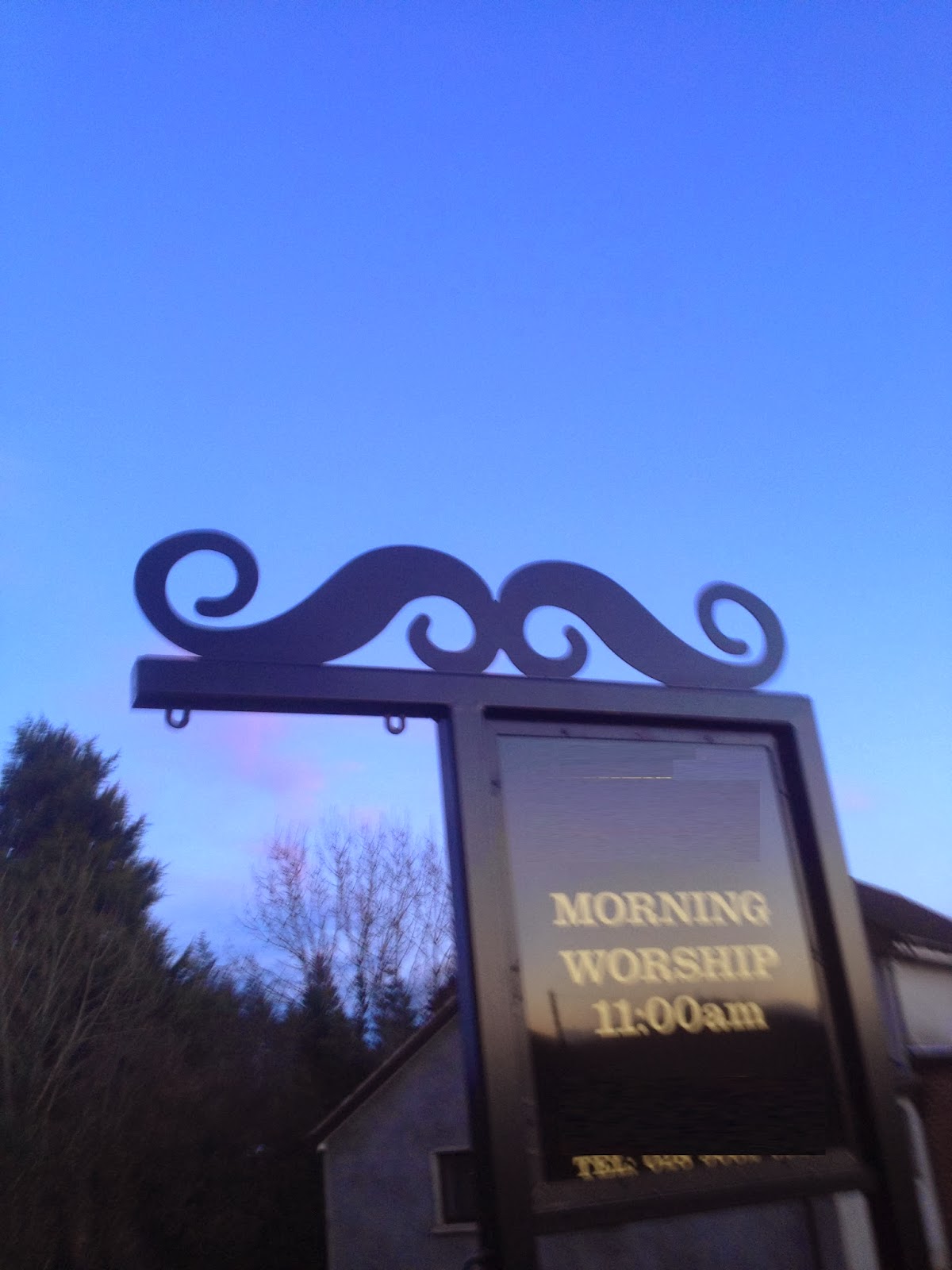 2. I drive past a particular church all the time, and always wonder why they felt the need to place a giant moustache over their sign. Would someone, anyone at some point not have wondered aloud at a meeting,  'Erm, is it just me or does that look the teeniest bit like a silly fake moustache?'

And childishly, I've always had a notion to get a photo 'wearing' the moustache, but it's always been raining, or the kids are killing each other in the back of the car, or I'm on my own, but finally I did...or tried to anyway, and as everyone knows, God loves a trier.

3. I decided to go off Facebook for Lent and the  withdrawal symptoms are fierce. I'll still post my blog on there, but torturously, I can't see if anyone's actually liked or commented, so throw me a bone, and if you feel like commenting, do it on the blog instead...I promise, I'll love you long time.


4. Thank you so much for all your nominations in the Mad Blog Awards. I sooooo appreciate you taking the time to do it too...although in truth, some of the nominations have left me slightly bewildered, although still very flattered obvs.

For instance, apparently I'm up for, among others, the best Pregnancy Blog (NO. Not even for an award.), Best Food blog (I DO love to eat), Best Homes and Interiors ( all 'before' photos), and most worryingly Best Thrifty Blog. (Here's Me Wha? I have a full blown shoe addiction, FFS).

I've also been nominated for the Blog of the Year, Best Writer, Most Entertaining and School Days, which I'm just as thrilled about.  If you haven't voted yet, and have a spare minute just click the icon on the right ....and thank you.xx