I never thought I'd admit it this, my lovelies, but I've recently bought a velour leisure suit....and I'm a teeny bit scared at how attached I've become almost overnight.

So attached in fact, that I actually read the washing instructions before it went into the machine, instead of my typical post wash panic, because the thought of it shrinking to a size 8 (or even a 10 or 12) was too awful to contemplate.

How on earth have I managed without one for so long, I hear you say?  I'll tell you how- in horrid mismatched tracksuits bottoms and baggy t shirts belonging to Himself. Oh, and a fetching selection of fleecy  Primark jammies. Not anymore! We're talking comfortable AND versatile here....although flattering might be stretching it somewhat in my case, but hey, you can't have everything. 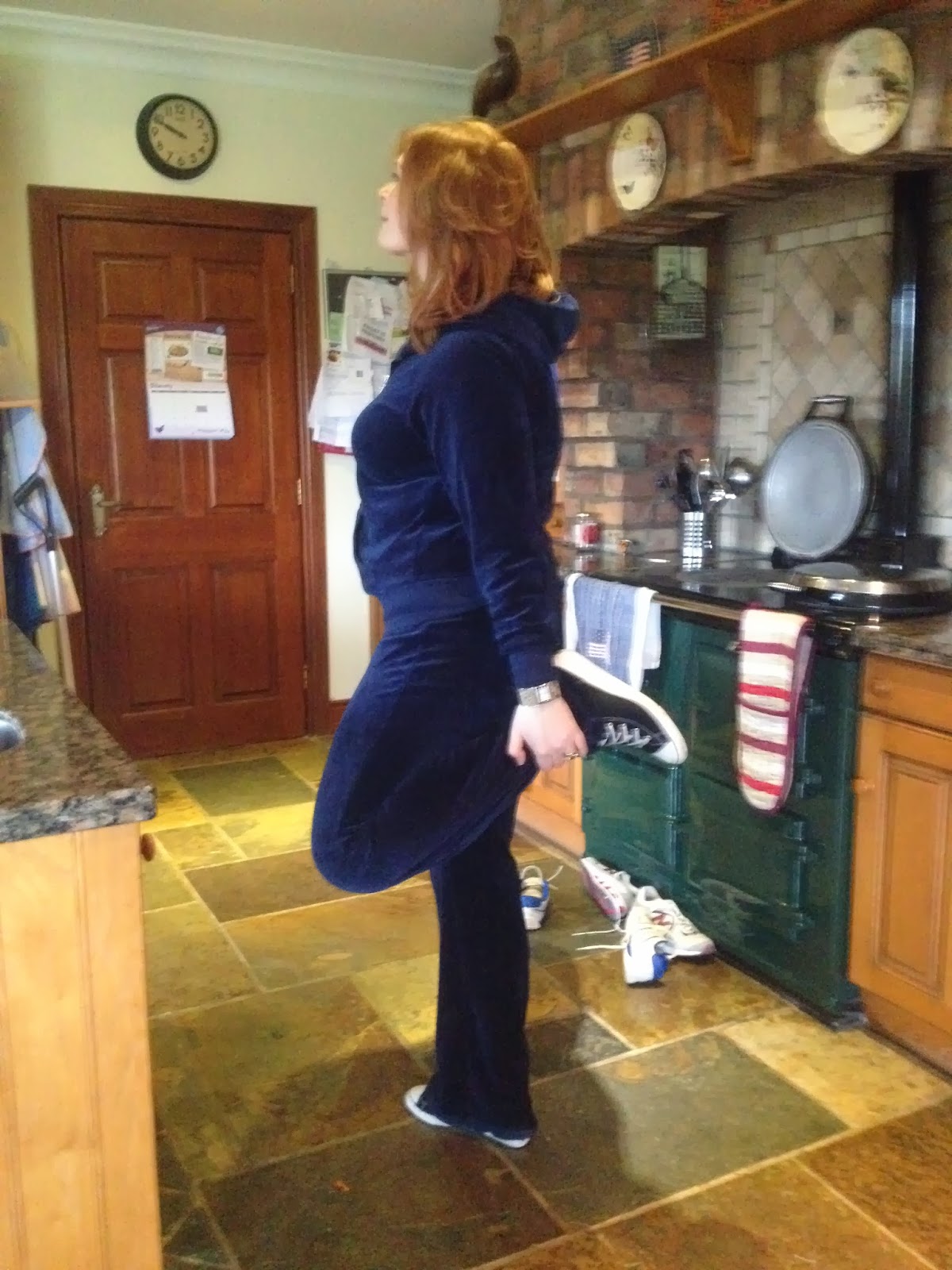 Because you know those times when you get home, and you know you're not going out again, and you don't want to spill gravy on your good jeans whilst cooking the dinner? What time is that??  Velour tracksuit time!

Or when you're doing a school run, and coming straight back to clean the house, but you may still need to pop in for milk on the way home first? What time is that? Velour tracksuit time!

Or when you're flying from LA to London on a regular basis in First Class and don't want to crease the extremely fitted dress you designed yourself, while also wishing to catch some inflight zzzzzzzz- what time is that? Velour tracksuit time! (Victoria Beckham much?)

And back in the real world, when you get up on a Saturday and you've had a shower but you're not going out-out til later, but you still need to put on a bra etc in case someone calls in? What time is that? VTS time!! (This could seriously catch on!) 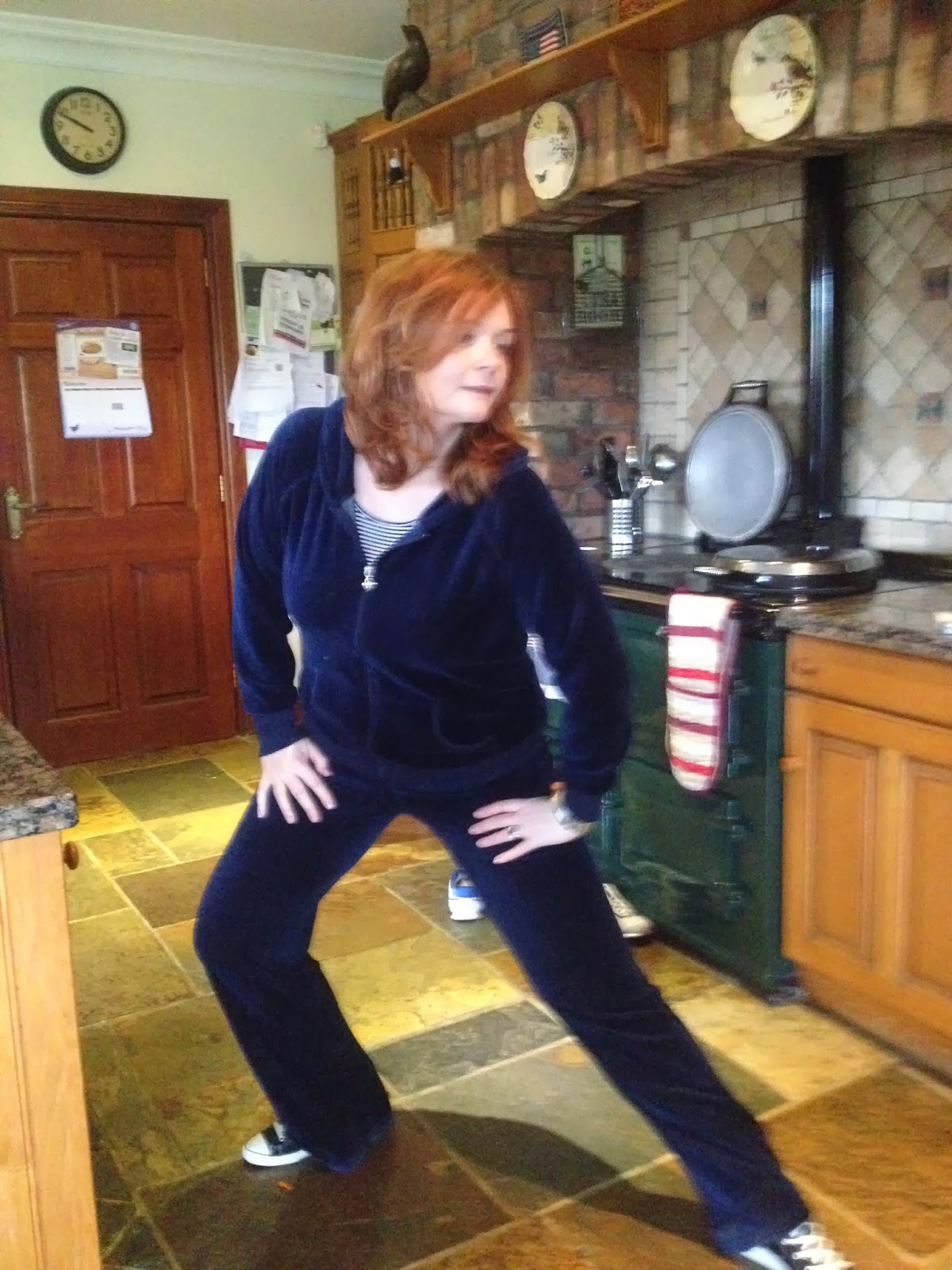 Of course, forgive me if I'm stating the obvious here but it is most definitely not VTS time if any actual legitimate exercise is involved. We're talking about a leisure suit here,people, not exercise wear, and sweaty velour is a big no no.

So despite how sporty I may look in the pictures, believe it or not, I'm only pretending to stretch, and look even closer, and you'll see that I'm not wearing my running/Zumba gutties, but instead my fashion forward wedge converse shoes (which incidently I highly recommend). The beady eyed among you may also have clocked that there is no evidence at all of a sports bra-another clear sign of an exercise free zone.

The very opposite in fact, because immediately after
this photo was taken I sat down and ate a large and deliciously sublime apple cinnamon pancake, and the experience was greatly enhanced knowing I was wearing the appropriate attire.

Anyway, must fly (in my VTS) to collect the littlest from nursery....let me know your thoughts on the matter- are you a fan or  for you is it a case of 'No way Jose!'
Laters, lovelies, Emx