I don't profess to be a wonderful cook, but needs must and all that and sometimes I feel compelled to share a recipe that I use a lot because it's pretty foolproof and/or goes down well with the masses.

This  pasta dish is stolen adapted from a recipe by Nigel Slater and really is easy peasy. It's also been universally well received, which is always a bonus...  except for the peas obvs, because don't you know there'll always be little faction who rages against the veg regardless.

1.First of all, cut the bacon into pieces (or make it easy and just buy the pancetta) and fry with the garlic until they start to crisp. 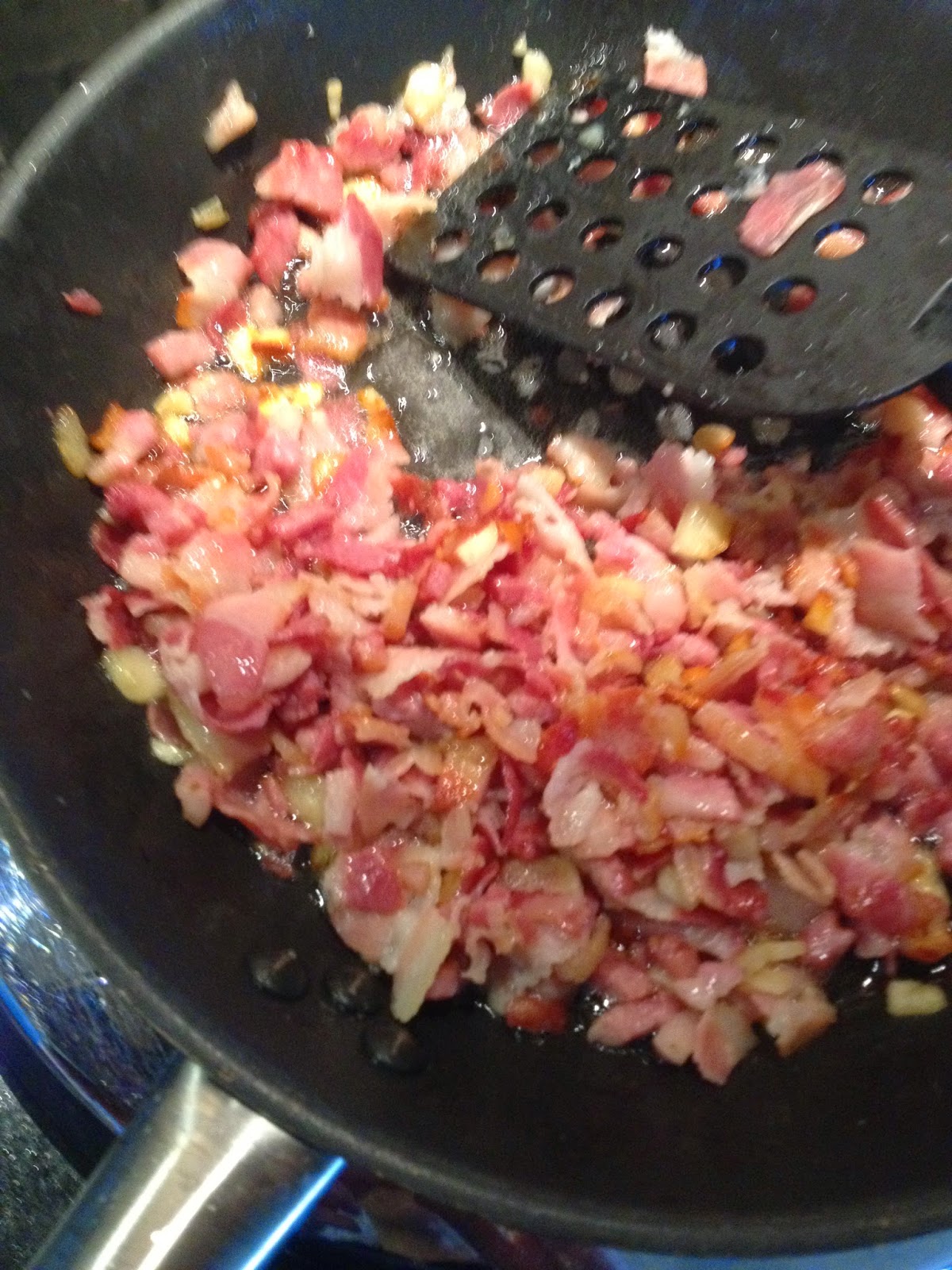 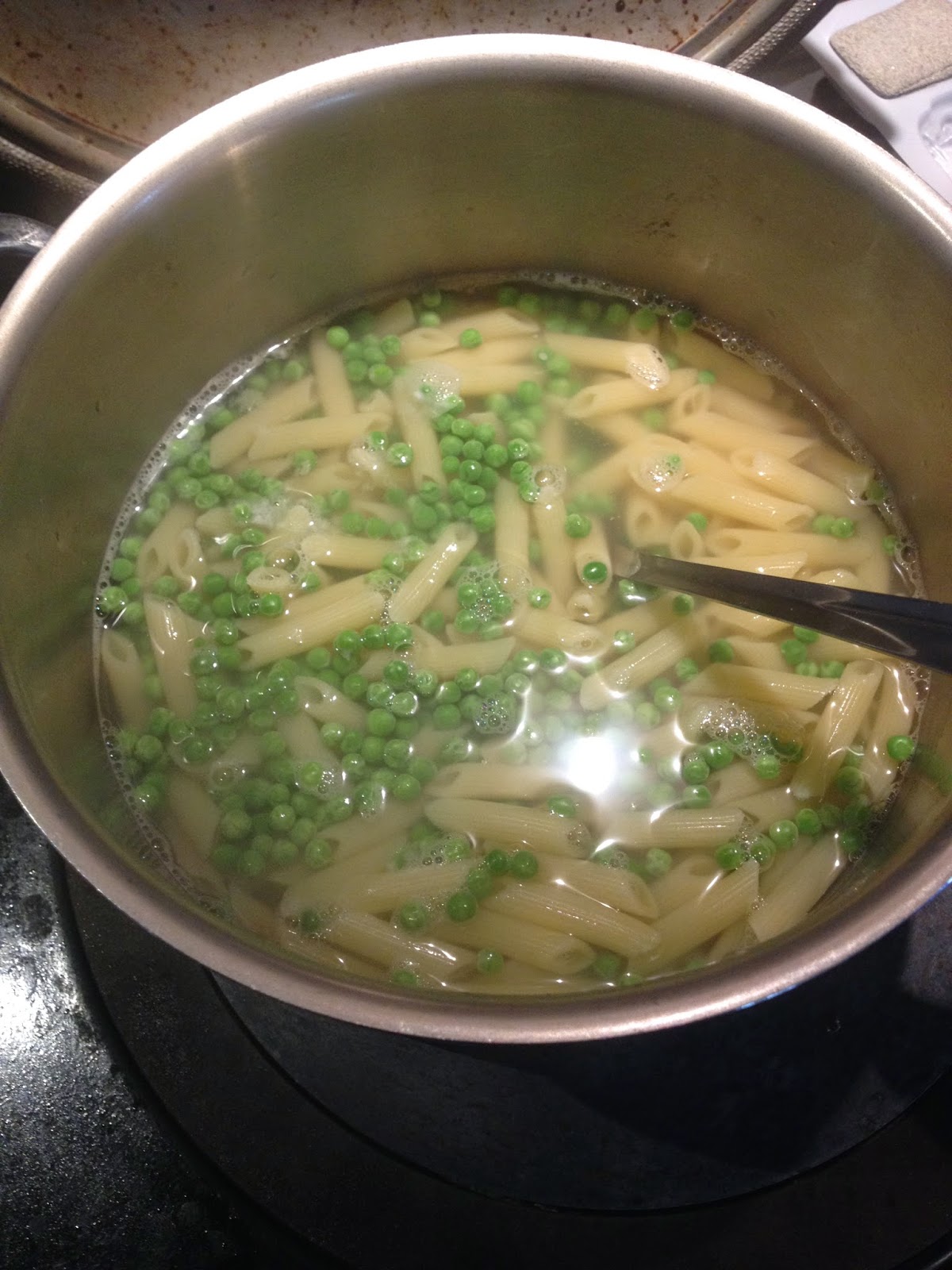 2. Meanwhile, cook the pasta, and when almost done, chuck in the frozen peas and cook them together for a few minutes. Then drain and cool in a colander. Top tip-use the boiling water for making the vegetable stock.


3. Next, put the drained pasta in a mixing bowl with the creme fraiche, the vegetable stock ,the bacon and garlic and season with salt and pepper. I sometimes add a little milk as well at this point. 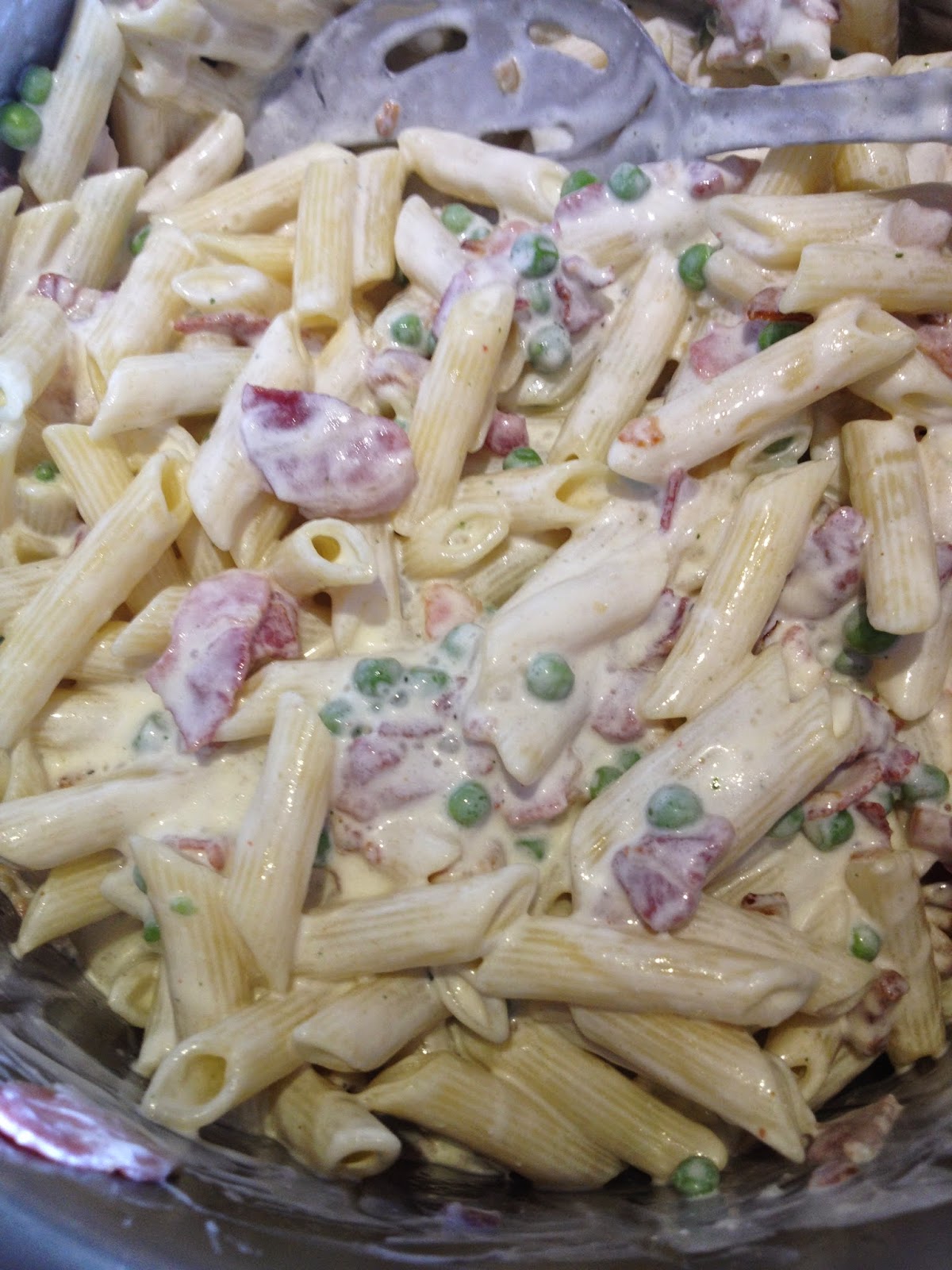 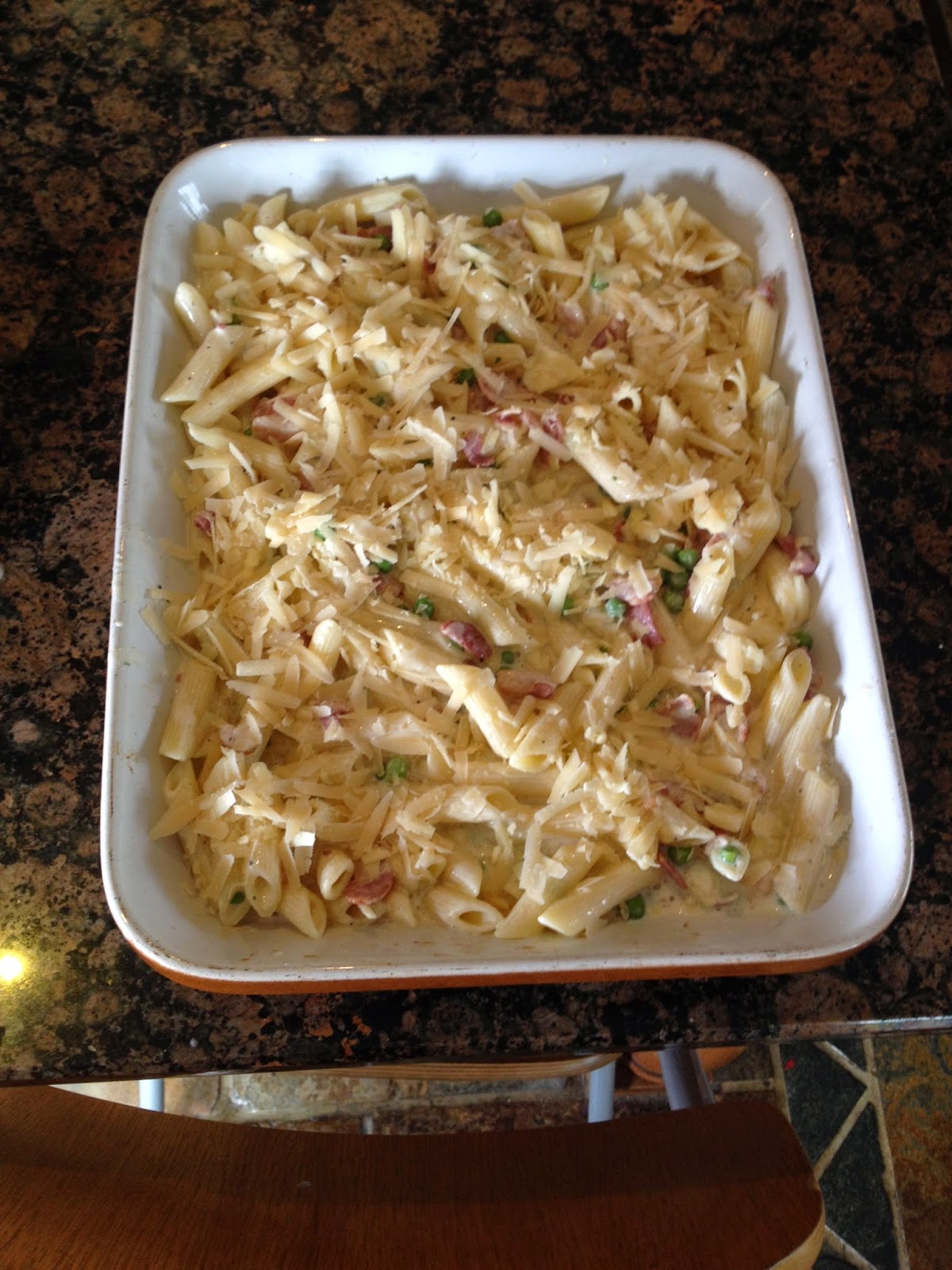 4. Toss everything together, then add to a baking dish and scatter the surface with a good handful of grated parmesan and bake at 180 for about 30 minutes till the surface is lightly golden.

5. Serve with a green salad....although of course this will be eyed with suspicion and inevitably rejected if you live in our house.