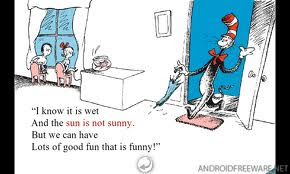 So, if you were thinking this might be a cheery, uplifting kinda post on an August Monday, just stop reading now. Actually, run as fast as you can and don't look back, cos I feel a mind dump coming on, a need to share, to get things off my chest and once I pop I just won't stop. (God, it must be bad if I'm quoting the Pringles ad).
It's nothing serious - just post holiday, bad weather, Monday morning, dirty nappy blues. With a little bit of PMT, feeling fat, and a shit load of laundry thrown in for good measure. ( There's a country song in that, I just KNOW it).
First, the post holiday stuff, which I suppose isn't technically true, it just sorta feels that way. Loverboy is back to work today, which is grand except that we're up here in the Caravilla, so it's a bit..weird. And quite frankly, a lot stressful so far, on account of the torrential rain outside and the 5 kids inside.
To be fair, the weather has been gorgeous for the last few days, so we're due a downpour, but close your eyes and  imagine for one long delicious moment, the logistics of torrential rain, Himself working, on important conference calls and the like, while trying to stop 5 kids bickering and bouncing off the (very thin) walls, less than two feet away. The fun just never stops! I'm actually afraid to look at the weather forecast now. It's always wrong anyway, but if they tell me it's gonna be like this all week, I'll have the car packed and be screeching my way back over the Glenshane, before he breaks for tea and a hobnob.
Another problem is the laundry - let's just say that on my caravilla shopping list for next year, is my very own washing machine. Lots of people have them in their sheds up here, (everyone has a shed for 'stuff' out the back of the Caravilla), and when I'm hanging out my washing, and hear our next door neighbour's machine, unmistakably entering it's final spin cycle, I'm OVERCOME with jealousy.
The rest of us have to go down the 'laundry room' route, which I HATE. You have to buy these stupid cards for a euro each in the site office and it takes 3-4 for a wash. The main problem, is that the office seems to be closed about 50% of the time, which means unless you have a stockpile of the cards, washing wise you're f**ked.
This week, those (lazy sods) manning the office, have inconsiderately taken themselves off to England for a family wedding, so it's been shut for days. Days which inevitably, were only the best drying days of the entire summer. So now, I have a pile of laundry so big, it should be paying rent, but instead, it's piled up in the hall so high, the kids have to climb over it just to reach the toilet.
The problem now, is that even in the unlikely event of the office opening today, the chances of getting any washing dried outside in that rain are almost nil, which only leaves the 'sell a kidney'  tumble dryers option. But SOMETHING must be done, as the situation is now so dire, the boys are, as a man, down to their last clean whips. Which means that the inevitable next step is turning them inside out, or worse going commando, both of which makes their eventual washing even less appealing.
Luke, on the other hand, is still in pull ups, which has its own pros and cons. It seems that for him, a fresh pull up indicates the optimum time to test it's capacity.  Certainly not in the one he's had on all morning - no, no, it MUST be the very last new one I have in my handbag. Once on, he positions himself at the arm of the couch, knees slightly bent, bottom out, slightly furrowed brow and gets to work. If I catch his eye, he smiles cheerily, points in the general direction of his bum, and chirps 'Stinky Nappy!', as if simply passing the time of day. All of which tells me he's ready for potty training, but despite having ordered the creme de la creme of potties, with the lovely padded seat, I just can't face it yet. Soon though, definitely soon.
Anyway, I feel much better now after dumping that on you, and while I was writing this, the sun made a brief appearance and I actually managed to craftily bribe all the wee-ans to push Luke to the sweetie shop and back, so right now I'm necking the coffee, ignoring the laundry and  enjoying the peace. Hope Monday's good to you all, emx