Maybe I don't need to be writing this post at all, because it's just possible that you heard me screaming and jumping up and down on Twitter and Facebook at about ten o clock last Friday evening. But just in case you missed my understated and dignified reaction (OMG !!!!!!!!!! I WON! I WON!), Peeps, I won my Family Life category at the Mad Blog Awards for the second year running.

Two and a half days later, and I'm still reeling a little bit, still can't quite take it in, still a teensy bit worried that they've made a mistake and I'll get an email today saying 'Eh Thanks, but No Thanks'.
But let's assume that it's not, and it's just my raging paranoia talking, and Doctor Ranj from Cbeebies *swoon*  did actually read out the right name....then it kinda means that last year wasn't a fluke then, doesn't it?

I mean, as you may know,  this year I've had a few blog related speed wobbles, and I've queried where I'm taking it and wondered where it's going. I've also realized and accepted that I've neither the time nor the inclination for the social media plugging and networking that's absolutely necessary to promote and grow a blog. Nor do I want to do reviews just to get the odd freebie because for me that's never been the point and anyway, it feels a little bit like selling out. (Unless it's shoes or handbags obvs).  In all honestly though, it's always been about the writing, so this award is much needed confirmation that I was right to trust my instincts.

But please don't get me wrong, every blogger and/or writer wants to be read and appreciated and loved, and we all love the feedback, and the comments and an award or two (Did I just drop something???) is the absolute icing on the cake. But here's the tote amaze thing, on here all that you're getting is L'il old Me, shooting the breeze , throwing in my tuppence worth about everything from potty training to Margaret Thatcher, and yet somehow that's been enough. I mean, Wowser!

Enough for this blog to keep on growing, enough for you to keep stopping by and take the time to vote *blows kisses*, and even enough for it to win a national award two years in a row!! Now I promise that I won't get all mushy and tearful on you, but I DO have to say that I'm ever so grateful to each and every one of you lovely readers so thank you very very very much.xxxxxx
Peace Out lovelies, Emx 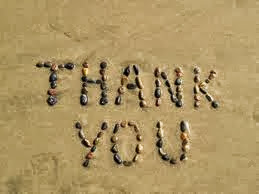