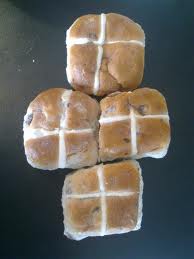 It's Good Friday today which, among other things, means no meat, two collations,and one meal all day long. Collation-now there's a word you don't hear too often! In fact, there's really only 2 days in the year that you might happen to hear it- Ash Wednesday and Good Friday. To be honest, I only recently realized, that I've been using the wrong word for years myself, chatting away about compilations or constellations instead, as the notion took me. I mean, I suspected that neither word was right, but I just couldn't remember 'collation' for the life of me, and I'd resolve to ask Big Anne, who would be all over this stuff, but then I'd forget, and  Good Friday would come and go for another year, and so it went on. But now that I've finally learned it, I'm planning on throwing it in, here and there, in everyday chat. I mean who says that it can only be used on two days in the year? That's discrimination, that is! According to the dictionary, it means a light meal and that makes it easy enough to utilize on a day to day basis.
As in, 'Oh no thanks, I chowed down on a Big Mac at lunchtime. I'll just have a collation now.' Or 'I'm absolutely exhausted and away to my bed, any chance you'd bring me up a collation later?' Or even, 'Fancy going out tonight? Just for a collation?' Easy peasy! I think that it definitely has potential, and its really so much more interesting and imaginative than your common or garden 'snack', don't you think?
Staying on the Good Friday theme, it may possibly interest you to know, that although meat is off limits today, alcohol strangely, and quite delightfully is not. Now, you wont find this advertised in your Sunday bulletin- 'Friday is a day of fast and abstinence but feel free to get the G&Ts down your neck'. But it's absolutely true! I know this, because last Good Friday, craving a Villa Maria, I googled it and lo and behold, there it was spelled out alongside 'Lay off the sausage rolls'. But just to be absolutely sure, I immediately rang Big Anne who, quite suspiciously, had NEVER even thought to disclose this little nugget to any of us. 'It didn't even occur to me you'd be interested.' As if! But when pushed, she reluctantly acknowledged, that it was indeed true. Well, that was good enough for me, and any guilt had long disappeared by the second glass. As it happened, I was on church cleaning duty the next day, and  justified that one more than cancelled the other out anyway.
By the way, I also wanted to mention that I've only gone and been nominated in two categories for the MAD blog awards! All thanks to you so thank you very very much. Apparently the 4 blogs, (out of thousands, possibly millions), with the biggest number of nominations will get short listed, so if you haven't voted, and would maybe still consider doing so, there's a wee button on the right of the blog....hint hint.
It was funny though- when I found about the nominations, I was obviously thrilled, but then I made the fatal error  of checking out a few of the other nominees. (Big mistake. Big. Huge. I have to go shopping now). Well, that put me straight back in my box I can tell you! It's like convincing yourself that you've done enough work for an exam, then meeting your friends beforehand and realizing you're actually completely shafted. I mean, some of these blogs are really fabulous and so professional, and many are already award winners for God's sake. They're certainly not the cobbled together rants and ramblings of my own. But then I mentally slapped myself and remembered that a year ago I hadn't written anything, and now I'm sitting here writing this, and a few of you are even reading it, and that's more than good enough for now.  So thank you my lovelies, for taking the time to vote for you have, without a doubt, made this a very Good Friday for me!
Posted by Emma at 18:29