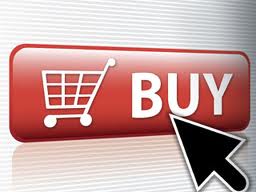 I'm mostly an Internet shopper myself. I've wholeheartedly embraced online retail and I'm really focused on doing my bit for the economy. Each little shoe purchase helps lift this country out of recession-one (cheeky  'Irregular Choice' clad) step at a time. Sadly, Loverboy doesn't always share my altruistic spirit, but I'll continue to try and illuminate the big picture for him. 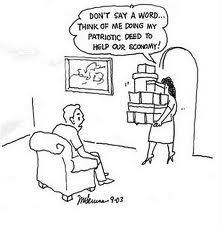 Nevertheless, I'm not biased where shopping is concerned and there's definitely something to be said for the old fashioned experience as well. It's just that these days, I don't have the same opportunities because, as every mother knows, children and shopping aren't your ideal combo. Toddlers and shopping, even less so. As a result, in general, I tend to avoid it...then gradually the memories fade, and I give it another shot. Which is exactly what happened the other day, when I clocked a seventy percent off sale in a chic little local(ish) boutique. That's right. Seventy. Per.Cent. Well, I'm only human, so despite the fact that I had Luke, that it was almost nap time, and most crucially, that I had no method of containment (buggy) for him, I made the call to pop in. That was my first mistake.
There were two sets of glass doors into the shop- the first an ordinary push/ pull one, the second an automatic sliding kind. In we went, through both doors and I got to work, with one eye on the rails, the other on Luke who was toddling around me. Then, after a few moments of rummaging, I heard a little yelp, then another and glanced round frantically for him. I found him sitting, happily enough, in the inner doorway, bewildered, as the sliding door opened and closed on his toddler body, squashing him slightly each time.(And the Mother of the Year Award goes to....)
Undeterred, I hauled him out of there and sat him up on a chair with a (plain) biscuit in the hope of buying myself a few more minutes. But of course, that would have been far too easy. Down he got and  began a charm offensive on the very nice, perfectly groomed, older sales lady. She was talking to him, 'Who's a lovely boy? And what a lovely hat! Did your mummy knit you that hat? (Yeah, Right.) Oh yes, you're a lovely boy, aren't you? Aren't you?'
There was then the briefest of pauses and I glanced up from the rack  to see that the smile had frozen ever so slightly on her face. I then looked at Luke and saw the reason why. He also wore a frozen expression -a familiar, fixed grimace on his reddening face- he'd clearly decided that this was the perfect moment to answer nature's call. By this time, the slightly flustered, but ever polite lady, was backing away, and I understood why, as a distinctly unpleasant odour began to circulate. Meanwhile, with the job done and apart from an unmistakeable new bulge to his rear silhouette, Luke was carefree once more and ambled off after his new friend, who by this stage, was dealing with a new customer. That was when I made my second mistake. With the thick skin five children have granted me, and three heavily discounted items on my arm, I eyed the tiny changing room and made the call. Go! Go! Go!
So at this point, squeezed into the world's smallest changing room, with my now completely offensive offspring, I was aware of the women on either side coughing, (and possibly even gagging), on the foul smell. To make matters worse, he then decided to play peekaboo with the curtain, periodically exposing ample amounts of my mottled white flesh to the rest of the shop. The final flourish to this nightmarish scenario was, of course, the fact that none of the items even fitted. It was all for bloody nothing. Completely stressed, and now most definitely persona non grata, I grabbed my malodorous shopping buddy, put my head down and got the hell out of there. 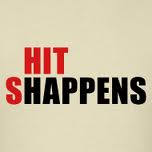 But the fun wasn't over yet, as once outside, I had a decision to make- to change him now or get him home and do it. Given the freezing temperatures of the January day, coupled with a distinct lack of facilities, I chose the latter. Understandably enough though, Luke had no wish to sit down in his car seat while 'harbouring a fugitive', so this meant actually forcing his rigid body into the seat, in order to buckle him in. Eventually though, amid ear splitting screams, with the heat turned up full blast and the windows down, I hurtled back home, vowing never, ever again. It's the virtual shopping experience for me from here on in-come back Amazon, all is forgiven......
Posted by Emma at 21:29