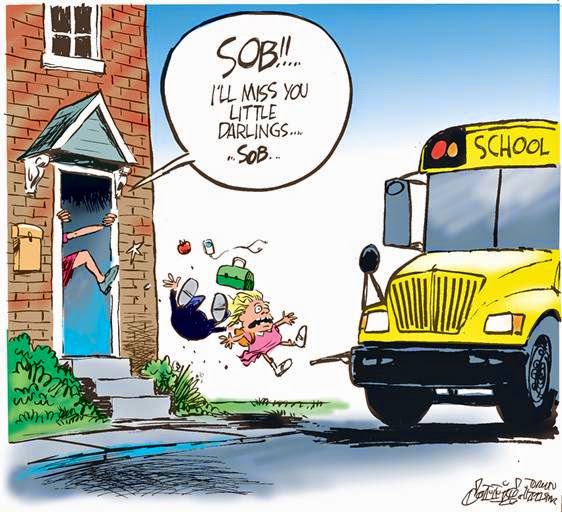 I realise this won't win me any popularity contests, and maybe it's because I've been in a caravan (notice how it's been downgraded from  Caravilla) with torrential rain, five kids and a whole LOT of damp washing, but I'm sooooo over the whole Positivity Challenge thing doing the rounds on Facebook.

And don't even get me started on the Proud Mammy nominations....oh alright, then, I will...Call me an old cynic, but is this not just a clever, (slightly cheesy) chain letter/photo opp showcase for  the blissful mammy/cute baby pics?

Which I'm not saying is a bad thing in itself- God knows, we all do it- and maybe I'm missing the whole point here, but isn't that what Facebook's for, all the time anyway?

Personally, I prefer to post pictures and show off a bit when I'm actually feeling the love for my five little darlings (usually when they're fast asleep), and not because I'm prompted.
Not that I mind being prompted by the way, but at this point in August (Rolllllll on September), stuck in a 400 square foot box (downgraded again) with the rain bouncing off the roof and the whiff of damp pants and old farts in the air, I'd  happily sell  all five offspring on Gumtree....and I'm pretty sure the feeling's mutual.

And honestly? It's the crappy icing on my wonky looking cake when I then see so many other Mammy nominations with words like 'blessed' and 'angels' and 'gifts from heaven' in them. I mean, I'm trying to be happy for y'all, but depending on my mood, I'm usually either cackling 'Pass me the bucket right now!' or wailing  'What the hell am I doing wrong???" 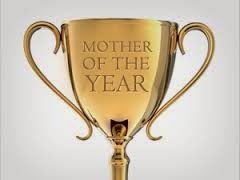 And before you rush forward with my 'Mother of the Year' Award, let me just say that I DO feel blessed and grateful for my five healthy children....and no, despite what it looks like, not only when they're sleeping / visiting Nana / back at school.

But at this moment, with seven weeks of back to back 'quality time' in confined spaces under my belt, when the opportunity arises for me to publicly express how utterly blessed I feel to have brought each of my five treasures into the world... thanks, but I'm gonna pass.

And the Positivity Challenge thing? Well,  I really like it in theory - hey, I even kept a gratitude journal for a while - but turned out it didn't mix too well with raging PMT. I DID try, but the best I could come up with was 'I'm grateful for only eating my own weight in chocolate last night and not the combined weight of the children as well.'

So in the spirit of this optimistic mindset, I came up with the anti positivity challenge instead, which was actually surprisingly therapeutic and I highly recommend it. (Of course, I also secretly hope it'll go viral and earn me millions.)
Here's my much watered down Facebook version-believe you me, I could have put much worse on there.

'Thank you BM and TD for nominating me for a Positivity Challenge....but unfortunately, I'm just not feeling it today so I decided an anti positivity challenge would be much more satisfying and appropriate given my thran mood. Here goes-
1. Trying to dry three loads of washing in a caravan when it's pissing down outside. Throw in five bickering children and you're living the dream.
2. Wasps- I've personally killed dozens and been stung only once. It's a gift.
3. Loom bands. So over them.'