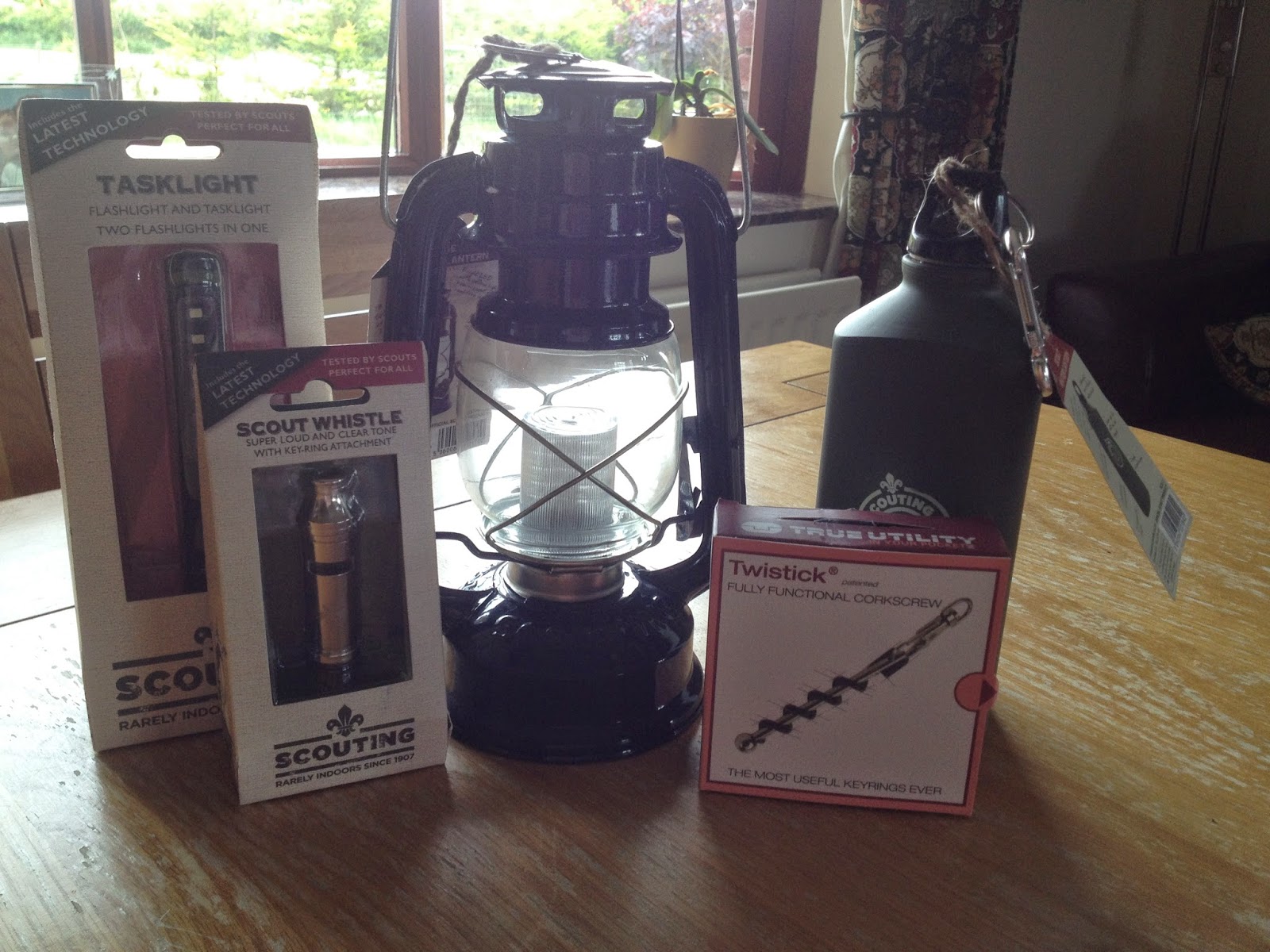 I've been told that I'm not the world's most natural camper but Halfords clearly didn't know that when they offered to send me a goodie bag stuffed with Scouting camping essentials.  And obviously, I accepted because the four (five!) boys in the house would have been completely horrified to miss out on such a haul of treats! And now they've arrived,  I'm really impressed at the quality, usefulness and sturdiness of each item!

For instance, there's a lantern that runs on LED batteries-so much safer than oil, ridiculously cheap to run and it's already been earmarked for our pitch dark shed at the caravilla- especially for all those times when I want to put on a wash in the middle of the night!

There's also an LED tasklight /flashlight, which stands up on one end and even has a  pen clip and a magnet attached.  So as you can imagine, Rory is dying to get his mitts on that one. There's a corkscrew keyring which is already packed away for the caravilla and a VERY sturdy water bottle that will come in very handy for school lunches.

Finally, best of all there is a whistle, which is already on my keyring, and proving to be very useful indeed for summoning children for mealtimes and bedtimes. And no, I haven't turned into Captain Von Trapp overnight, it's just that we live in the country and in the summer months the boys are usually outside, often out of earshot-maybe up a distant tree, or over the fields or up the lane.

For example, when I blew it yesterday at dinnertime, two of them emerged within seconds clutching newly sharpened 'spears' from their secret den in an out of sight hedge. Result! And I didnt have to scream myself hoarse in the process. I mean, it's not like I'm on my own- our neighbour with six children often rings her old fashioned school bell when grubs up over there!