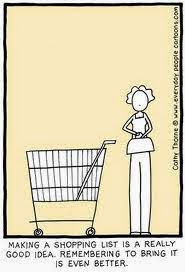 Those who know me, know that I'm something of a self confessed expert when it comes to shopping. Yes indeedy, we all have our special talents and emperical evidence has shown that when it comes to sniffing out the bargains, I'm up there with the best.

So don't doubt me when I say that there's nowhere more satisfying to shop, especially when the exchange is favourable, than the good old US of A. In fact, I'd go as far as to say that even factoring in the airfare and accommodation, you'll STILL be  saving money, particularly  if you travel off season and shop like a pro, which, coincedentally, is where I come in.
You're welcome.

Because the truth is, unless you're a zillionaire and money's no object, there are definitely ways to get more bang for your buck... and lots of envious glances when you come home. ( NOT of course that that would be your motivation, but I'm puttin' it out there anyway.)

I may possibly have mentioned before that I was in Vegas last week? But actually,  my top tips apply to all American locations-I've honed and used the same principles with great success over the years whilst shopping in the San Francisco, New York, Washington DC and Boston metropolitan areas.  Okay,  so here goes.

Stateside, I have a belt and braces approach to shopping -I hit the Mall AND the outlets, because depending on the seasonal sales, you can do just as well and sometimes better in the Mall, with the added bonus of more up to the minute choices.

1. The Mall-I can't emphasize enough how important it is to start early and hangover free as malls require your full attention simply because they're bloody enormous and you need lots of time. Thankfully though, there's lots of places to stop for coffee and usually a top end food court as well, so there's no excuse-it really is all about pacing yourself. Many's a bargain has been missed because a shopper has arrived too late in the day, or simply run out of steam half way through.

Your typical mall will have the big flagship stores like Macys, Bloomingdales, Nordstrom-( think House of Fraser sizewise for each) , and then all the mid to high range 'high street' type shops as well. That's where you'll get your Hollister, Abercrombie, Nine West, Victoria's Secret etc.

Top tip- do your research before you go. Look at the Mall online and get an idea of which shops you want to go to. Know what you need and what you plan to buy- make a list! Check out comparative prices before you go to make sure you're bagging a bargain because otherwise why waste valuable luggage space? That said,   let's face it, no matter how much sensible planning one does, there'll always be that unmissable bargain (or five) which you'll know you've stumbled on when  your heart starts to race and you feverishly start working out exchange rates in your head, while furtively clutching your steal to your chest, afraid to set it down in case it's snatched away by another canny shopper. In all this heady excitement, don't forget to utilize the calculator on your phone- that's what it's there for, peeps, and I don't know about you but my mental arithmetic is seriously undermined by unbridled shopping highs, especially when I have to factor in those pesky taxes as well.

2. Outlet malls- the holy grail for bargain hunters, and honestly,  these bad boys are in a different league from the so called outlet malls at home, so again, you MUST start early AND check the websites out before you go. I cannot emphasize this enough because no one wants to waste time and money going somewhere that just has a load of old crap. That said, most outlet malls have 150+ stores in them, so there's something for everyone, even the reluctant other halves.

Checking before you go also gives you a heads up on the upcoming flash sales and offers, and most significantly the printable coupons.(You can now download these onto your mobile device but I still prefer the paper version myself). Premium Outlets has places all over the USA- including, ahem, the two I visited in  Las Vegas last week.(One at either end of the 4 mile Strip!) Join their free VIP club and you get MAJOR discounts in loads of stores AND a voucher for a discount book to collect at the information desk when you get there.

We're talking major mundo off here, my lovelies! For example, my voucher for Michael Kors was 'spend $250, get $50 off.' Don't mind if I do, thank you very much.

And in the Converse shop, as well as their ongoing offer of 'buy one, get one half price', I slammed it  with a 'spend $60, get $15 off.' coupon as well. Well, it would've been a sin not to.
Then, in Jones New York,  I gave a lady my (extra) 20% coupon which saved her $150 and I'm pretty sure there were tears in her eyes when she offered me a place to stay in the Phillipines. 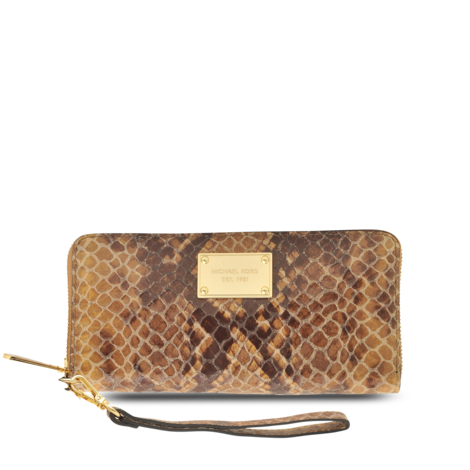 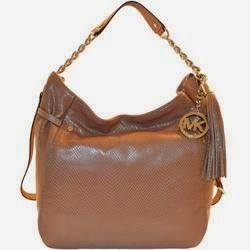 So what did I get? Now obviously I can't disclose everything but I WILL tell you that I got this fabulous Michael Kors bag AND a matching purse for $220 all in (about 150 quid) while the bag alone here is 220.


I also got my Mum a gorgeous leather Coach bag-I can't talk money cos it was a pressie- but it was 50% + off retail.
Two pairs of Converse shoes for the boys cost less than one pair here, and a Roxy dress for Anna was less than one in Primark. Are you picking up what I'm laying down?
What are you waiting for??
Oh and if you need a personal shopper, gimme a shout!