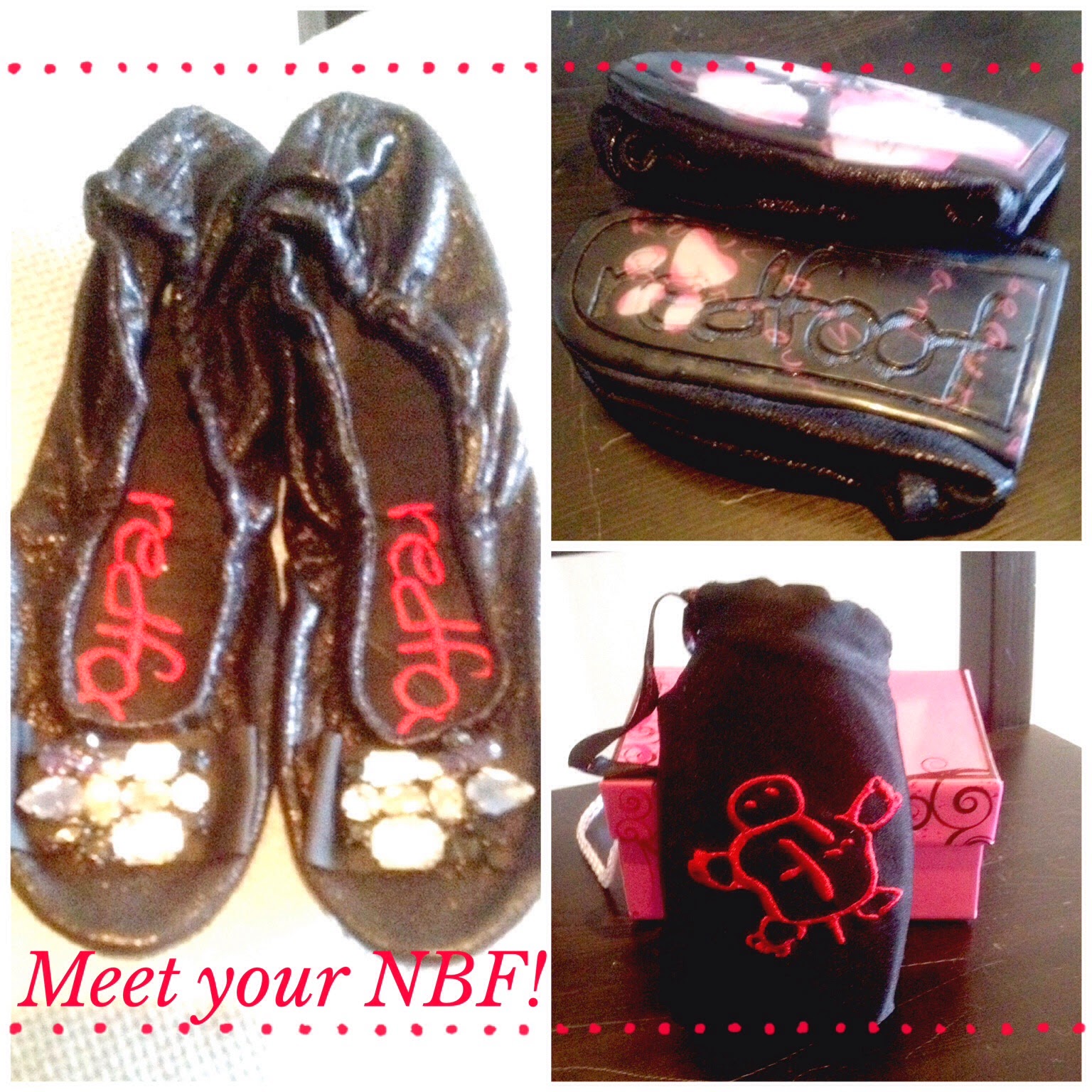 This may be pushing the boundaries of  'Shoe of the Week' s rules, but then again, they're my rules and I'm a bit of a rebel.

And anyway, I'm pretty confident that these little numbers will quickly become your NBF, if you're as much a fan of car to bar shoes as I am. (Of course being a fan, doesn't actually mean you get to wear them to an actual real life bar that often, but still.)

Because fabulous as high, sexy shoes are, they're usually only for tottering prettily in, and practically speaking, that means covering very short distances very slowly indeed, often coupled with a certain degree of discomfort, non?


NOT if you have with these foldaway, jewel encrusted, rubber soled, ballerina pumps in your handbag. Normally not one for flat shoes myself, I make an exception when they're sparkling temporary adjuncts to my killer heels, AND they fold away neatly in a little satin drawstring bag once I've reached our new destination.  You would not believe the green eyed looks I've gotten on a night out when I've produced these babies from my handbeg! I've even been offered cold hard cash for them on the spot, but I didn't sell- my bunions would never forgive me if I did.

I discovered their existence just before the Christmas party season and was very glad that I did. They come in all different colours and designs and I even bought both sisters a pair as part of their Christmas present. (Of course, the sister who had just had her third baby in three years, two weeks before, looked at me as though I'd lost my mind- by that stage though her feet had actually grafted themselves to her Uggs.....but I know she'll thank me some day.)

And so to price. Well, I took a look on their website and nearly choked when I saw they were £80 because I got three pairs on a Groupon deal for £9 apiece. But do check out Amazon and eBay for better deals.  I don't think I even realised what a bargain they were at the time-I just thought they were a great idea AND I loved the look of them.
And if I ever see a deal like that again, I promise you'll be the first to know.
Laters lovelies, Emx
Posted by Emma at 13:53

Email ThisBlogThis!Share to TwitterShare to FacebookShare to Pinterest
Labels: car to bar shoes, Redfoot Shoes, Shoe of the Week