1. God, I hate January! I know that's an awful way to start a post, especially on a Friday, but everything about it just brings me down. And no, it's not just because I decided to go dry for January this year,  (What the hell was I thinking?) because it's like this every year. I've had two January babies in my time, so those particular years were an exception - there was all the anticipation, and then before I knew it it was Spring- but let's face it, this is not a long term solution for the January blues.
And yup, there's no question that the lack of a few weekend glasses of wine DOES sting, (one down, two to go), but I'm obstinately digging my heels in and telling myself that hey doofus, that's the whole point! I KNOW that I'll be glad I did it, and anyway, I'd rather do January than Lent. (Lent is SO gonna rock for me this year.)
But to be honest, it's more than that, because I just feel really flat, woefully lacking in motivation and utterly devoid of creativity - basically a real frickin joy to be around. It doesn't exactly help that everyone else's blogs and writings seems witty and uplifting, full of talent and enthusiasm, joyfully embracing the New Year and all the wonderful challenges ahead. I always hope that some of all that inspring, fun and positive stuff will rub off on me, but no. Sadly, I find that it mostly just gets on my t*ts.
Then, in my self pitying apathy and dejection, I become utterly convinced that by the end of January, everyone else will have penned a best seller, attained their perfect goal weight and never forgotten their pelvic floor exercises. Unlike me, who will have merely wrung out a pitiful few hundred words here and there, while polishing off the end of the Christmas chocolate and peeing when I sneeze.* 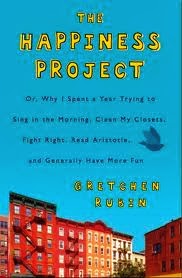 2. If you're still reading this, it's more that I deserve, but as it happens, getting that lot off my chest/ dumping it all on to you, has improved my mood considerably... so thanks for that. I actually DID want to tell you about a book that I've been reading.  It's a New York Times best seller (Overachieve much?) called 'The Happiness Project' by Gretchen Rubin.  In a nutshell, she dedicated a year into researching  what happiness is,  how best to measure it, and then applying it to her own life.  I must admit that I found that a good few of her pre project observations struck a chord with me. Comments such as,
'I had much to be happy about......I had close relationships with my parents, sister, and in laws; I had friends; I had my health; I didn't have to colour my hair. But too often I sniped at my husband...I lost my temper easily. I suffered bouts of melancholy, insecurity, listlessness, and free floating guilt.'
And
'I wasn't depressed and I wasn't having a midlife crisis, but I was suffering from midlife malaise- a recurrent sense of discontent and almost a feeling of disbelief. 'Can this be me?'
And
'Bogged down in petty complaints, and passing crises, weary of struggling with my own nature, I too often failed to comprehend the splendor of what I had. I didn't want to keep taking these days for granted. The words of the writer Colette had haunted me for years : 'What a wonderful life I've had! I
only wish I'd realised it sooner."

Heavy stuff, eh! Though in practical terms, all she's really done so far, is to clear out her wardrobes, but hey, she's feeling buzzed...and meanwhile, I'm reading about it and thinking that I should clear mine too, but I can't be arsed. Never mind,  the next chapter's all about LURVE so I'll see where she goes with that. I do like her writing style and secretly I'm hoping that she won't go all unbearably happy clappy by the end of the book. Apparently,(wouldn't ya know!), she also writes a blog which, even though I haven't checked it out yet, I'll warrant you'll  leave it feeling a fair bit more upbeat than this one. Onwards and upwards and all that shit.

3. But enough of the naval gazing, because I want to talk about boy Rory who's eight on Sunday. He's number four outta five. (Is that technically a middle child?)
What this kid can't make from paper and Sellotape, glue and pipe cleaners, just ain't worth having! He's getting a label maker for his birthday-(Don't tell him... and thank you to Hurrah for Gin for the brill idea!) 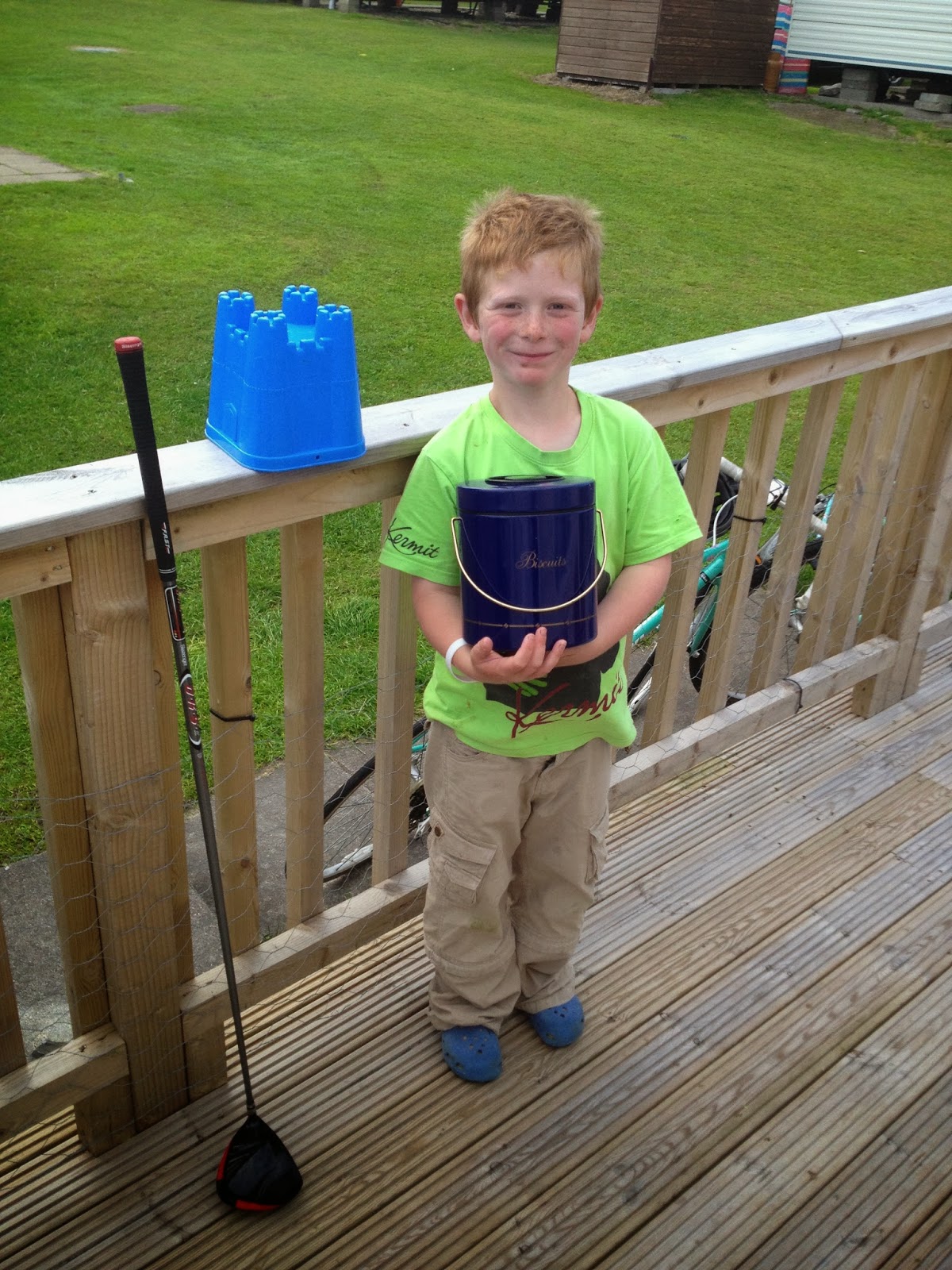 This boy loves nothing more than a good hoke through the recycling bin or even better, a skip to leap head first into. He always emerges with a 'treasure' of some kind- for example, the old plastic flowers discarded from someone's grave, now have pride of place in the downstairs loo.
He got a proper tool set for Christmas.
He never EVER looks tidy. His shirt hangs out, his trousers fall down and he's been known to expose more than a bit of bum crack, to the particular annoyance of his big sister.
He loves his food...a lot.
He loves his family...a lot. He tells me every day that I'm the best mummy and he gives the best hugs out of all my children.
He wears his heart firmly on his sleeve and he has no back door -what you see is what you get.
He's very funny and spontaneous. Last night before his shower he dressed up/ down as  'naked Darth Vader' (mask,  light saber and not another stitch) and then triumphantly proceeded to lap the kitchen island .
My life would have a lot less laughter and far fewer hugs without him in it.
Happy Birthday, my beautiful boy. xxx

4. Today's car seat boogie is a Rory favourite. Since recently buying Anna's old iPod shuffle for £1(she got an iPhone for Christmas), and utilizing the mini speaker she soldered in Tech class(Impressive, non?), we've been treated to this song on a loop. At full blast with dance routine included. I won't tell you to 'enjoy' it as such, but I know for sure that he will.  Happy Friday lovelies xx