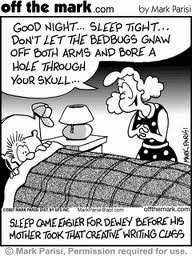 So, my writing class finishes tomorrow and, after a few speed wobbles, I've decided to take the plunge and sign up for next term. I had picked this class simply because it had the word 'writing' in the title, and because it was one of the few morning classes available.  I kinda ignored the word 'Novel' which came before the 'Writing' part, so it's no surprise that I felt, and feel, more than a little out of my depth.

Some people are even editing and now sending their 80000 word books off to agents and publishers! Others are in the throes of  their novels, wrestling with plots and characters and endings. And then there's me (and one or two others) who feels like a first year that's wandered into an A level class by mistake. Apparently I'm still 'finding my voice', which simply means that most of the time I've no idea what I'm going to write about. Thankfully though, our American teacher is just wonderful - patient, encouraging, and completely unfazed by the wildly different levels in her class.

There've been homeworks every week, and although no one checks it, we're supposed to have a word target of about 1000.... which is why I havent been around here as much lately! There're weeks I nail the 1000, but mostly I haven't managed it, so I write a blog post instead. Somehow, it's always much easier coming over here and talking to you than staring at a blank screen and wondering how the feck I'm going to 'torture my characters'.

Another part of being in a writing class is the sharing of your work with the class - whenyou'rereadynopressuretakeyourtime - and everyone is supposed to say at least 2 positive things before they make any suggestions on how it might possibly be improved. (Shit sandwich, anyone?)
Wellllllll, I haven't been brave enough to do it yet, obvs. Gimme a break! Some of the writing is so achingly good, that it's only in the last week or so that I've gone from thinking 'Not in a zillion years, baby!'  to 'Maybe, if I washed a Valium down with whiskey first.' 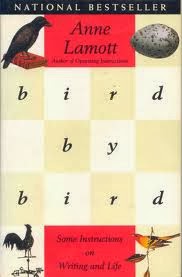 To be honest with you, I think I'd have given up, if it hadn't been for a brilliant book called 'Bird by Bird' by Anne Lamott - its 'Shitty First Drafts' chapter is famous in its own right! Loads of times when I was looking for an excuse to throw in the towel, and convincing myself that I was wasting my time and everyone else's, and what the hell was I thinking signing up for this, I'd read something she wrote that resonated with me so deeply,  I'd either burst out laughing or burst into tears. Such wisdom as,

'Almost all good writing begins with terrible first efforts. You need to start somewhere. Start by getting something-anything-down on paper.'

And,
'I need to bring up radio station KFKD, or K-Fucked here.....If you are not careful, KFKD will play in your head twenty four hours a day, non stop in stereo. Out of the right speaker in your inner ear will come the endless stream of self - aggrandizement, the recitation of one's specialness, of how much more open and gifted and knowing and misunderstood and humble one is. Out of the left speaker will be the rap songs of self loathing, the lists of all the things one doesn't do well, of all the mistakes one has made today, and over an entire lifetime, the doubt, the assertion that everything one touches turns to shit, that one doesn't do relationships well, that one is in every way a fraud, incapable of selfless love, that one has no talent or insight, and on and on and on....The best way to get quiet, other than the combination of extensive therapy, Prozac and a lobotomy, is first to notice that the station is on.'

And
' Don't be afraid of your material or your past. Be afraid of wasting any more time obsessing about how you look and how people see you. Be afraid of not getting your writing done. If something inside you is real, we will probably find it interesting, and it will probably be universal. So you must risk placing real emotion at the center of your work. Write straight into the emotional center of things, write toward vulnerability. Don't worry about being sentimental. Worry about being unavailable, worry about being absent or fraudulent. Risk being  unliked. Tell the truth as you understand it.'

(I heart you, Anne Lamott.) And I actually got a final assignment submitted last week - just a short story but who knows? Maybe, I'll even be brave enough to put on here to see what you think...unless I get it back tomorrow with red scribbles all over it and a big fat F on the top. OMG, I hadn't thought of that!
OK OK, I'm turning off  KFKD right now.
Laters, Loveliesxxx