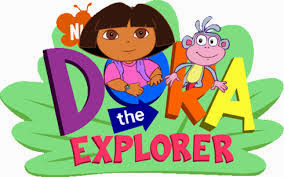 Do you know what  I want to be when I grow up? (Apart from being a professional caramel square taster obvs , but let's keep it real here, people). I want to be a travel writer-sort of like Bill Bryson without the beard and the air of smugness. And yes of course I know it's unrealistic-I may as well say that I plan on being an astronaut-but a girl can dream, can't she? Even when that said girl is forty something with a husband, five kids and a minivan in tow.

I particularly appreciate anything with a cruise (even though I've never actually BEEN on one, I suspect I'd take to it like a duck to water, 'scuse the pun), 5 star multicentred holidays and anything that involves New York or driving Route 66. You see, In my mind, I'm not popping the Frubes into the lunchboxes, I'm (fake) fur clad on the deck of the QE2 as it sweeps into New York harbour, or wandering the streets of Paris in capris and a cheeky kitten heel!

But I'll be honest with you, here back in the real world, I'm all talk. I know this to be true because in 48 hours time, I'll be on a flight to Boston on my own..... and instead of feeling exhilarated and excited beyond belief, I've got butterflies, slight nausea and a fair old dollop of guilt. WTF??

It's only for a long weekend, I'm meeting my sister, my Mum and my Aunt there, and we're staycationing  with my cousin, so it's hardly what one would call an intrepid journey into the unknown! So why am I so bloody nervous? I mean, I've thought it through and I KNOW the kids will be 100% fine- they'll be at home with their Daddy and anyway, I'll leave lists of instructions for pickups, and meals in the freezer, and working the washing machine, and its only a few days, and what does it matter if the piano practice isn't done, or they eat cereal in the living room or don't make their beds, and why am I such a control freak anyway??

But what if something goes wrong and someone gets sick, or has an accident and I'm on the other side of the world, eating pretzels or drinking iced tea or buying Converse? What if they need me?.......What if they don't need me?
I know what you're thinking-I'm a freak but I've done this anytime we've gone away over the years-Himself and Myself-I panic and want to cancel, even though I know the kids are in their grandparents and they'll be spoiled and loved and it's only when I ring home and hear them happy, and spoiled and loved that I begin to relax...and order that very large glass of sauvignon.

And  ironically,  now that I've put all that out there and downloaded all of my anxieties and guilt and fear onto this page, and now unfortunately onto you, I actually feel a good bit better... is that a frisson of excitement I feel? And did I tell you I've got a 30% off voucher for Bloomingdales?
To Infinity and Beyond, my lovelies, Emxxx