Okaaayyyyy- yesterday I got tagged in this Yummy Mummy meme by Cakes, Babies and Other Ramblings. Of course, being relatively new to the whole blogging world, I had to then frantically google 'meme' to find out what it actually was, and on the off chance that you're interested, here it is!

First off, apparently it's meant to rhyme with 'theme', but as I've been happily rhyming it with 'gem' in my head instead, it's only gone and stuck like that. At times like this, I'm very grateful for potentially less embarassing virtual conversations.

In science, a meme is a self-propagating unit of thought, that is spread from one host to another. Richard Dawkins invented the term as a kind of idea-gene. Like genes, as Memes spread they mutate or die. Only the fittest Memes survive.

In the blogging world, Memes have become synonymous with internet quizzes, surveys, and novelties that people link to and pass around on their blogs, and popular ones are often interesting and give you an insight into different peoples thoughts and behaviours. And perhaps a little more cynically, they're also about links to other blogs and potentially getting new readers for your blog too! Of course, in my case that could totally backfire..... but here goes nothing! 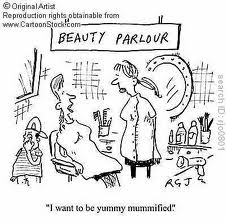 When answering the questions, give as much detail as possible. It's all about the finer details people! Leave a comment Here  (BusyBee blog where the meme was created).
Tag three or more people and link to them on your blog.
Tweet # yummy mummy when you share on Twitter.


What is the first thing you do when you wake up?
Much as I'd love to say that I begin my meditation, the truth is I usually cop a feel of a sleeping Loverboy and then stagger to the bathroom to do something about my dog breath. ( TMI?)

Do you shower daily?Are you an early morning shower or an evening bath type?
Jeez, is that a trick question? Surely the only answer to that is 'yes', otherwise you'll be calling me a right minger. I have to say though that I like to mix it up a bit - when I go for my early morning walk, I shower straight afterwards, although this is generally a speedy affair because our two year old insists on opening and closing the cold shower door on me the whole time. Otherwise, I love a long lazy bath after the kids go to bed- peace, magazines and a glass of wine and I've died and gone to heaven.

Do you wear make up daily?
Mostly yes....except sometimes when I'm sure that only my nearest and dearest will set eyes on my pale and freckly bake. But then that's never the case is it? Sod's law means that as soon as I decide to do a Waynetta, perfectly coiffed and manicured friends pop in unannounced.

What's in your make up bag?
Right now, I'm mad into BB creams that, to be honest, seem very similar to tinted moisturizers, only Grazia says they're more moisturizing(?) and have better sun protection, and that's good enough for me.  Either way, I look better with them on. That and a slick of mascara and lip gloss for day time.
If I'm going out though, it's time for the big guns. I LOVE my Naked 2 pallet from Urban Decay, all things Benefit and my Lancôme Doublewear lip duos. (I don't mind telling you I was GUTTED last year when they stopped doing my favourite 'coffee' one-I mean why they couldn't have retired the manky coral one instead, I do not know.)

When you're having a slummy mummy day what do you normally wear?
Waaaaaayyy too easy!  Jogging bottoms, a sweatshirt and my fleecy pink leopard print crocs. (Yes, you read that right.) Can I just say in my defense, that on these days I DO NOT LEAVE THE HOUSE UNDER ANY CIRCUMSTANCES. Although people do tend to call.(see above)

Nails - how often do you get them done?
Almost never. Funny you should ask though, right now, I really fancy leopard print toenails with carefully positioned diamonds on. I'm currently sourcing a nail technician...because, quite surprisingly,  it turns out that not everywhere does it. But school's almost out for the summer, and I feel the need to fortify myself with fabulous toes- more is more, I say. (And no, before you ask, I'm not getting vajazzled as well.)

Your top tips for tired eyes?
Bloody hell- sleep of course! If that's not possible, and it's usually not round here, Benefit Ooh la Lift eye brightening boost is almost as good.

Are you a Starbucks or Costa Coffee kind of girl?
Both and all the others as well! I adore coffee shops and would happily set up home there. Free wifi, endless coffee and lots of cake- what's not to love? Now that we live in the country, I don't get my skinny latte (extra hot, extra shot), as often as I'd like, but I suppose that only makes me appreciate it more when I do!

How many children do you have/want?
I have five- four boys and one girl and yes, they are all mine and we do have a TV.  But I think that'll do us, thank you very much!

Where is your favourite place to shop for babies/children's clothes?
Mostly online. I LOVE Boden, especially in the sale, but my daughter's getting to old for all the big printed dresses now- booo! Obviously M&S, and Gap too, and Primark's fab for jammies, socks and vests. Having four boys means there's a lot of passing down the line, so I find that the good stuff tends to last longer. Buy cheap, buy twice and all that...

Flats or heels - everyday shoes are?
Heels, heels, heels! I do love the look of flats on other people, especially the ones adorned with jewels or Converse, but when I put them on,  I feel and look like a farmer. The only flats I wear are the aforementioned crocs, flip flops and running shoes. Otherwise, it has to be a least a wedge. Does that make me a bad person?

As you can see, I was obviously tagged by mistake, as I'm clearly NOT a yummy mummy but too late! Now, in the spirit of the meme, I have to tag three fabulous ladies and hope they don't give me the cold shoulder...
Sarah @ http://www.apartyofseven.com/
Another Sarah @ http://www.thevoiceofsarahmiles.com/
Dara @ http://mumofalltrades.blogspot.co.uk/
Posted by Emma at 14:28