I cleared out a cupboard in the kitchen the other day. Now, before you think that I'm really scraping the bottom of the barrel today, it wasn't just any old cupboard. It was my baby bottle cupboard - and I've had one of those in our kitchen for, oh, nearly thirteen years!
In days gone by, and even when the baby became a toddler, the bottles were just pushed further to the back to gather dust, while sippy cups, crackers and raisins jostled for space at the front instead. I didn't actually get rid of them...and although I wouldn't have admitted it to you at the time, maybe I just wasn't ready...until now.
It's not that I'm feeling broody again- I promise you, I'm not! I ADORE the stage that Luke is at now, a lot more than the baby stage, if I'm honest. With the others are at school, he's my wee mate! He chats away to me, (mostly incomprehensibly), from the back of the car, the front of the trolley, the seat in the cafe..and I love not having to carry a baby bag with bottles, clothes and food anymore.
And, although he's getting so independent, and trying so hard to be one of the gang, he's still my baby...It's never too long before he comes to find me- to climb on my knee for a cuddle, or stand with his head against my leg- before running off to the others again.
I've found that I'm enjoying and appreciating  the little things  much more than I used to - I was 28 when we started our family, 38 when Luke came along, and I think that ten years made a quare difference in so many ways! Now I KNOW how quickly these phases pass, no matter how trying or endless they may seem at the time, and that means I can appreciate them for what they are. Given that perspective, I can weather the storms, be they sleepless nights, colic, temper tantrums or potty training.
Of course, that's partly confidence too. I can look to my older children, and see that, despite everything, I haven't messed it up too much....so far anyway. Time and experience has taught me not to sweat the small stuff, (Just give them the feckin' dummy... and turn a blind eye when you see them eating cheerios off the floor!). 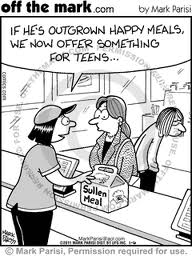 Thing is, when we'd got to this toddler stage in the past, we already had another baby, or one on the way, so it was definitely a case of just putting the head down and getting through...but not now. This time, we won't be down this way again, so I want to gently stroll along, with Lukey by the hand, and not dash past with a buggy, and a clatter of children struggling to keep up.
So yes, I certainly felt a little bit wistful, as I packed up all the bottles for my sister's bump. It's the end of an era round here, and the end of who I'VE been, for the longest time. I felt sad, and a little bit scared because.... who will I be now?
But I felt something else too.....I think it might have been excitement. Because surely the end of an era means the beginning of a new one too, and it kinda hit me, that just as I'm leaving the whole pregnancy and infancy stage behind, I'm about to become the mother of a teenager! That's unfamiliar territory indeed, and I don't even have a sat nav!
Recently, I've also found myself looking to a few experienced friends, (you ladies know who you are!), who have already navigated these milestones and transitions, and seem to be doing just fine. In fact, they tell me that there's lots to love...but that's a whole other blog!
And as for my old bottle cupboard? Well, after cleaning it out, I declared it 'Mummy's Cupboard', issued warnings of 'Do Not Touch Or Even Open', and made it a home for all the treats I usually hide all over the kitchen-my red Lindt chocolate balls, REALLY good fudge, 80 cal bags of popcorn and my own personal box of Special K. Now, maybe it's time I considered putting a lock on it!?
Posted by Emma at 15:46