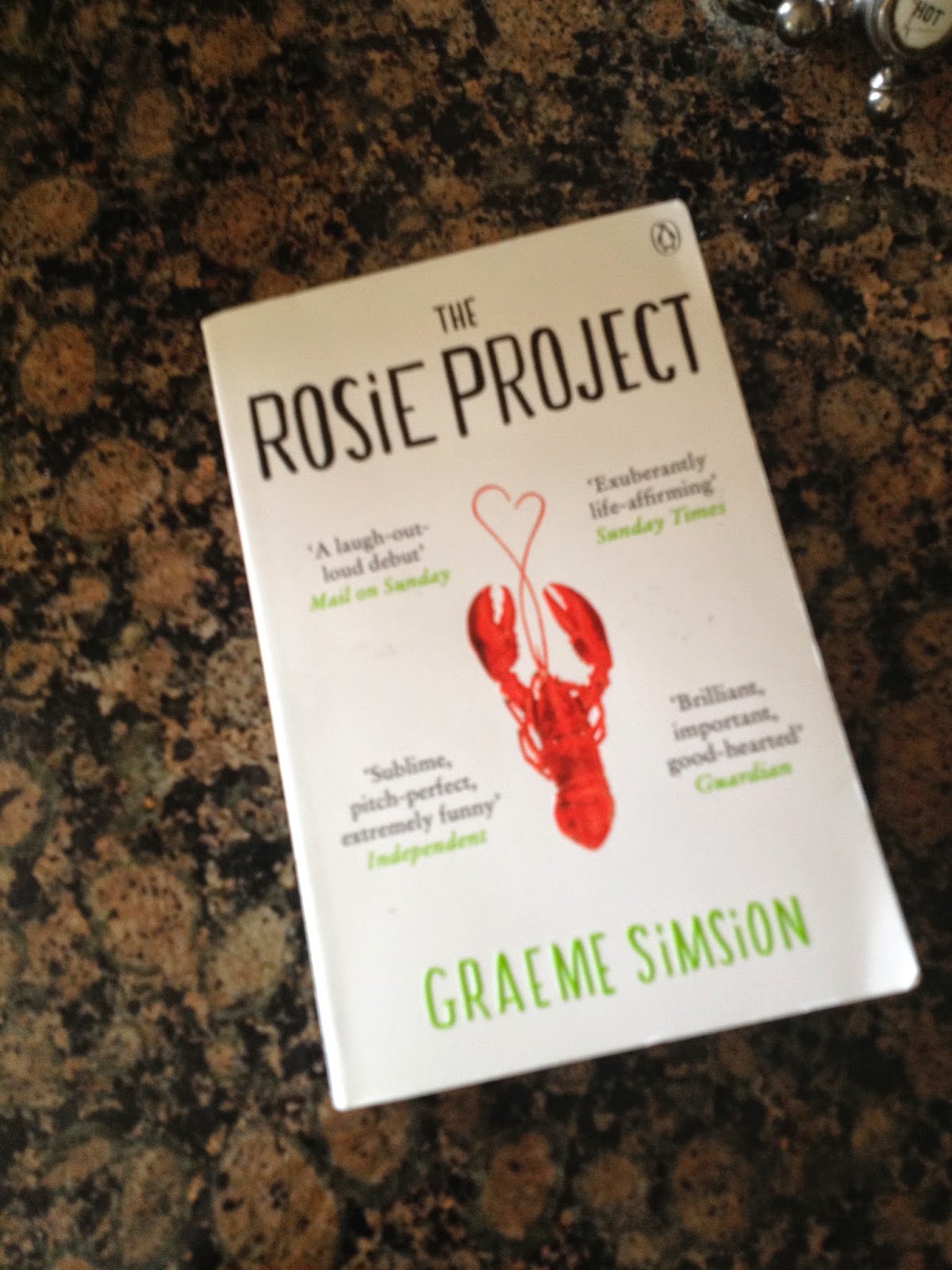 For years I read voraciously...then I had a children and for a while only read Hello, OK and later Grazia. But over the last year or so I've been making a conscious effort to do it old style-step away from the ipad and pick up a book. I even joined another bookclub, after my original one ran its course, and this month one of the ladies chose "The Rosie Project" by Graeme Simison.

This Australian  book has taken the cricics by storm-it's written in the first person as Don Tillman, a thirty-nine year old geneticist, apparently with Asperger's Syndrome. Never having had a second date, we see what happens when he embarks on an experimental and scientific project of finding himself a wife.
Don's narrative is endearing, sometimes uplifting, often hilarious but never condescending. His developing relationship with Rosie -'the world's most incompatible woman' has all the challenges, complications  and misconceptions of any relationship, and a whole lot more besides. It becomes increasingly obvious that just because Don cannot adequately express or even identify his growing alien feelings for Rosie, doesn't mean that he doesn't feel their depth and influence.

I started the book in the Newark airpost and was well through it by the time I touched down in the 'fast. The litmus test came though when I passed it on to Loverboy (who has a goldfish' concentration span when it comes to books-if it hasnt gripped him by the first page he's outta there) and he's loving
it. Between you and me, I think the nerd in him just totally 'gets' how Don's mind works....if you know what I mean.
What fascinated me was the interview the author gave at the end, describing where his ideas for the book had come from, and how long it took to get from there to eventual publication.

I absolutely took heart in the fact that
1. The book took seven years to develop, and evolve into the final draft.
2. He only started to write properly in his forties.
3. He read a book about how to write a screenplay first because he thought he couldnt write a novel.
4. He is now a highly successful author.
Maybe there's hope for us all?

There's no doubt in my mind that this book WILL become a movie, so he may well use that screenplay yet. Personally, I can see someone like Steven Mangan as Don Tillman, Zooey Deschanel as Rosie and maybe George Clooney as Gene, his older highly sexed friend and colleague, but who knows! Either way though, read the book, or you'll be missing a treat.
Later lovelies xx