1. I looked after my delicious niece Rosa overnight this week, and I had a bit of a moment when I realised that mashed up vegetables, car seats, nappies,  bottles, bibs and naptimes are all things of the past in our house. I mean I knew this, of course I did, and yet for the longest time my days were punctuated by naps  and feeds, and nappy changes and now they've taken on a different shape...not necessarily better, or worse, but different.

I now have little pockets of time at times of the day that I never had before. Take now, for instance- I'm writing this in a quiet house before I grab my keys and rush off to lift Luke from nursery- even a year ago, that wouldn't have happened. Similarly, my precious quiet evenings that I looked forward to, sometimes from noon on a particularly 'challenging' day, and guarded so jealously that I resented even answering the phone, are now filled with teenagers making late snacks, hogging the  TV and endlessly FaceTiming their buddies.

2. On Wednesday,  I took Luke to meet his P1 teacher and see his new classroom for the first time. All around me were first time mothers and fathers, blinking at the novelty of it all, scarcely able to believe that their first born was actually going to school. There were baby bumps and toddlers on hips and I realised that I was one of the older mums, an old hand who rocked in fashionably late, timing it perfectly to miss the headmaster's speech and the traffic jam in the car park.

Old. I saw it in their eyes when they asked how many kids I had and what their ages were, and as they shook their heads in wonder because 'big school' and teenagers was like light years away. I wanted to tell them that it wasn't that long ago I was exactly where they are now, and it wouldn't be too long at all before they stood in my shoes too. But I didn't, and they wouldn't have believed me even if I had. I just gazed wistfully at my baby as he played happily with the teapot house and understood that unlike them, P1 would for me be a series of lasts, not firsts. 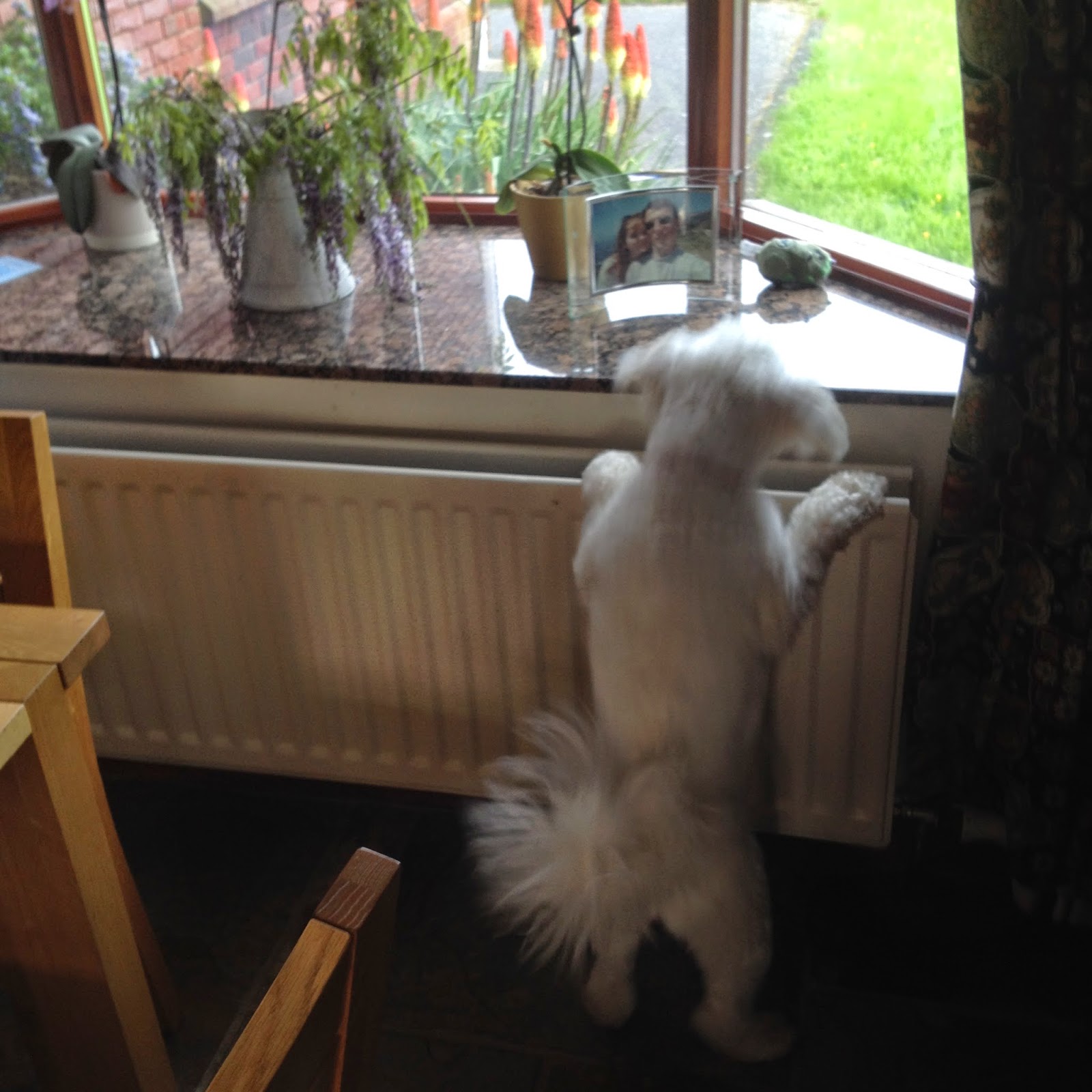 3. Yikes, midlife crisis anyone? On a lighter note, Dora the dog is obsessed, OBSESSED with zhu zhu pets- those annoying electric hamster things that get under your feet and squeak a lot? Well, the younger kids have a selection  of them- at £1 each in Home Bargains- I pushed the boat out- and she just tracks them all around the house.

There's been a few casualties too- I came across two that had been mauled- wires hanging out, squeaking stuck on a loop, clumps of fur all around- it was a crime scene-so they've taken to hiding them in high places. Here's Dora tortured with longing, leaping up and down knowing that her nemesis is hiding just behind the picture...she stayed like this for an entire hour.

4. Call me a saddo, but tonight we're off to see Bagatelle - they're playing in tent at the top of our road as part of the annual GAA festival and I'm VERY excited. I've never seen them live before and they are legends- an old school local band that provided the soundtrack to long ago days. *faraway look*  Many's a snog I enjoyed with 'Summer in Dublin' playing in the background and I remember listening to their Greatest Hits album on cassette as I 'revised' for my finals....good times.