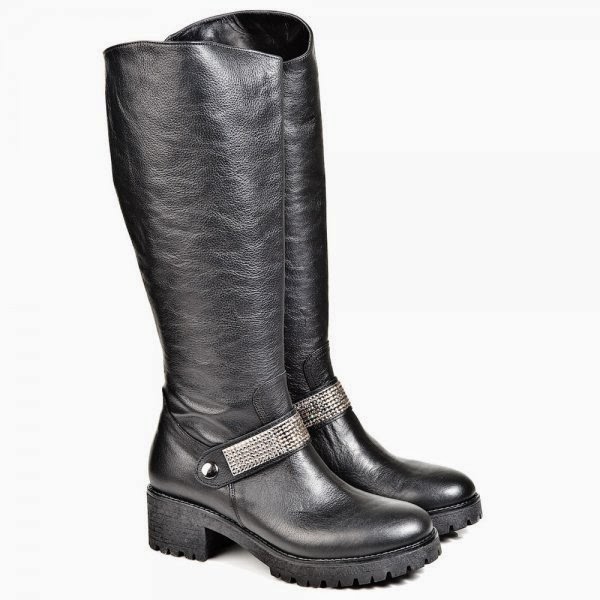 Strictly speaking, I know that this week's 'Shoe of the Week'  is a boot not a shoe, but let's just run with it.

I also realise that it's pretty late in the season to be reviewing a boot at Easter BUT there's bargains to be had out there peeps, and Autumn will roll round before you know it, and stress not cos I'll get to the sandals soon enough if you bear with.

I've been looking out for a daytime knee high black boot for a while and first spotted these chunky beauties on my friend Zoe who rocks them with skirts, leggings or skinny jeans. She also told me that they're incredibly comfortable, which is a great bonus given that they look so fab too.

To be honest with you, I was sold when I saw the diamante stud strap which can be worn to the front or back, or not at all if you prefer. (AS IF-I'm a sucker for all things sparkly myself!). She told me that they're made by Daniel, and she bought them in ROJO so I popped onto their website and they were on sale! Normally £169, they were £99, which is pretty darn good for leather knee highs so all delighted with myself, I ordered them. 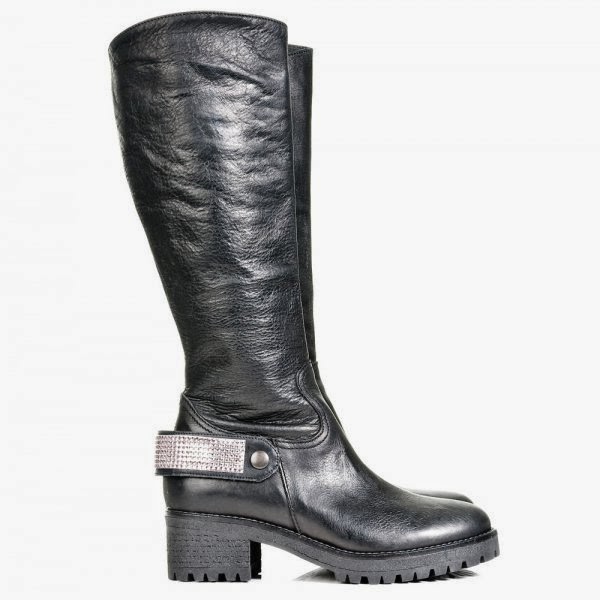 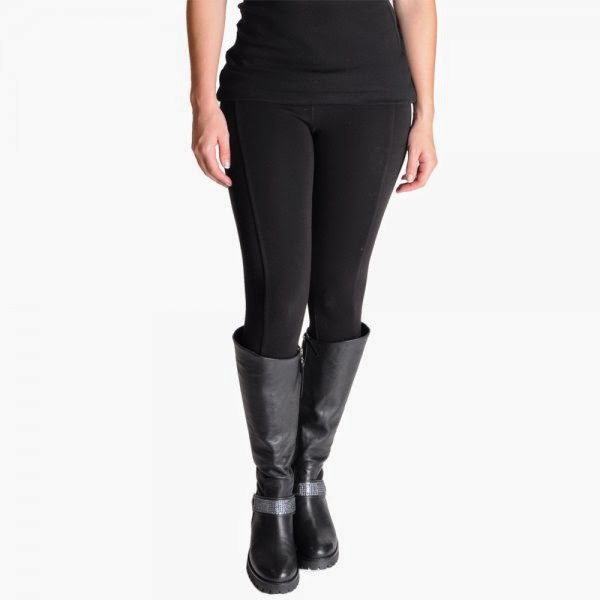 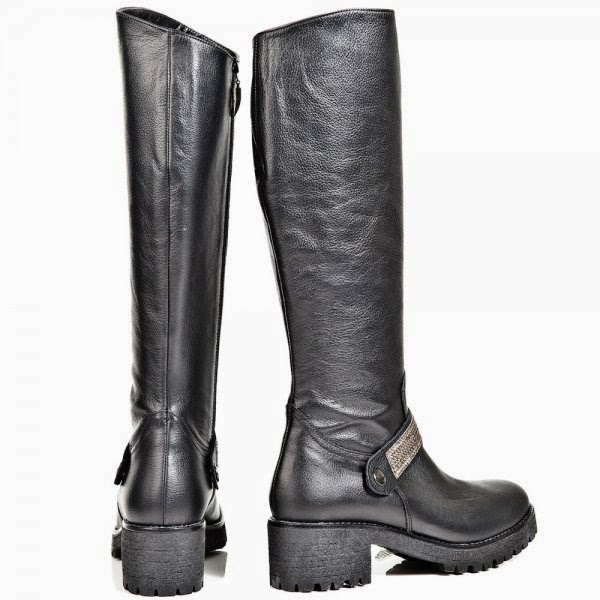 Alas, it was not meant to be. The boots arrived and excitedly I pulled them on, and they were a perfect fit, a match made in heaven....until I tried to get the zip up to the top. I almost cried, because they look like bloody wellies on the girl in that picture, and yet I could barely get them zipped up-we're talking muffin tops on my calves here-SO not a good look. I was gutted-to find the perfect boot AND find them on sale,only to be foiled by overly sturdy calves.( There's a country and western song in that, I'm sure of it.)

But if you love them AND your calves are a tad less well nourished than mine, then you're in luck cos they're still on sale, and no, I'm not saying that through gritted teeth AT ALL.
Later lovelies xxxx