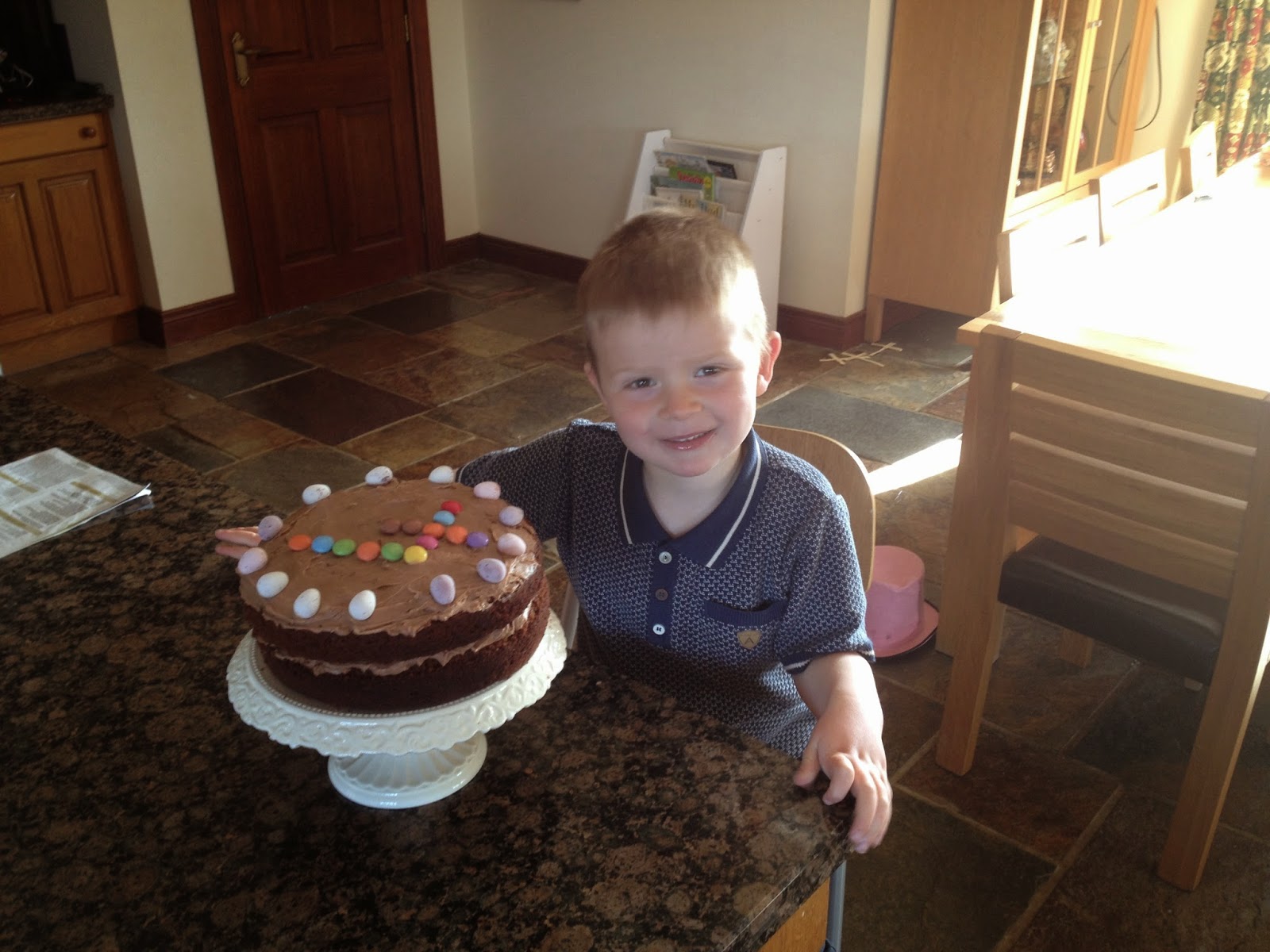 My baby is four years old today. He's for P1 in September and that 'll be a whole new stage for both of us. Mixed feelings anyone?

Another step away from babyhood, another step towards the day he packs a bag and heads off round the world to 'find himself'.

Or maybe I'm getting a bit ahead of myself...he IS only four after all.
The difference, I think, is that this time there's no baby coming after him.

Which actually, is a little unfamiliar, and ever so slightly scary, but also quite exciting too in an uncharted territory, filled with possibilities kinda way.
Did I already mention the mixed feelings part?

My baby is two years old today. Two years ago, just about now, I was sucking back the gas and air for dear life, and a few hours later our fifth child, and fourth son was born. This time, we knew we were having a boy- he was the only one we chose to find out, but we told few.


I remember The Killers had a song out at the time which began 'When there's nowhere left to run, is there room for one more son, one more son?' and it used to make me cry. I suppose that I wanted to get any guilty, crappy, disappointed feelings about not having a girl, out of the way before our child arrived...And of course I did, and now, looking back, I'm incredulous and slightly ashamed that I ever felt that way at all. But then I tell myself that that was before I knew him, and held him, and loved him.

From the moment he arrived, he was everyone's baby. Every morning, I would discover Cormac lying on the bed beside his cot, gently holding his hand, waiting for him to waken.  Rory sang songs to him that mostly featured the name 'Luke' monotonously over and over. They all fought over whose turn it was to hold him and suddenly he was 'Lukey', and it was as if he'd been here always. I remember reading somewhere that there isn't a finite amount of love to be shared among your children - with each one the heart miraculously expands and love multiplies ....and it's just so true.

He didn't give us the easiest of starts. I was more tired this time around, which probably had to do with being pregnant at 38, not 28, and now having 4 other children to care for.
Then, in the last two weeks I started going into spontaneous labour- once we even made a late dash to the hospital - only to find that it would peter out, leaving me exhausted and weepy.
Much later, both sets of parents disclosed their fear that something was wrong with the baby. When he was born, it was with the cord round his neck and he was blue and silent, but the midwives rubbed him and he quickly pinked up and when he cried, we cried too.

Then at five weeks old,  after weeks of projectile vomiting, it was discovered that he had a condition called pyloric stenosis that required a one off operation on his stomach muscle. One of the happiest moments of my entire life, was giving him that first feed afterwards- he had been starved for almost 2 days before the op, which was truly awful to watch - so he guzzled the milk down and then lay back on my lap like a wee drunk man...and kept it down. Sitting there, at that moment, I thought my heart would burst.

And now he's two and he's leaving his babyhood behind and that does make me a little sad. But then I really love this next stage, (despite tantrums and potty training!), because his personality is really emerging and every day brings new words and games. He rules the roost, with his brothers and sister catering to his every whim, while he, like an imperious mini dictator ponderously selects who will carry him, or bring him to the 'bouncy' (trampoline) or push him on the swing or just watch Teletubbies.

So, a very happy 2nd birthday to our precious Luke - You were meant for us and we were meant for you and I'm so thankful every single day that we didn't stop at four...but then we never were sensible!
Thank you my little man for all the joy you've brought us already and all that is yet to come. Xxxxx
Posted by Emma at 15:32