1. It was midterm break this week, so we decided to take a wee run up to check on the caravilla. We'd winterized it in October, (I DIDN'T make that word up), and this was our first time checking  on it. We'd put down industrial amounts of silica gel and salt to absorb the moisture, but we'd also heard about the dreaded mould, so it was with a certain amount of trepidation that we opened the door.  But.... it was grand, except for the basket holding the crocs and sandals. I didn't notice it initially, but then it dawned on me that it didn't seem to be made from brown wicker anymore, rather it seemed fashioned from white/green cotton wool. Nice. Note to self-you can't winterize wicker. 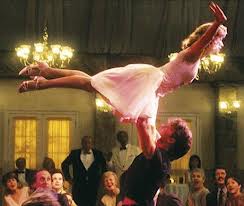 2. Staying on the Caravilla theme, it really did feel lovely to be up there again. It was a beautiful, bitterly cold day, and completely deserted, so understandably enough I used the opportunity to nosy unchecked through the windows of the other Caravillas. (Sure you'd do it yourself!)
I could almost imagine as I wandered through, the play park filled with kids, the smell of the barbecues, the sound of the icecream van- the promise of the new season seemed just around the corner and I'll admit I felt a real frisson of excitement ..kinda like Mr Kellerman must have felt at the beginning of Dirty Dancing, and Baby and Johnny and salsa classes and watermelons and 'nobody puts Baby in a corner' and I can definitely feel a song coming on. Roll on Summer 2013!

3. We stayed in a hotel for the one night we were up there-a huge treat and the kids loved every minute, most especially the breakfast. In fact, I had one slightly unsettling moment when the waitress came over and congratulated me on how much they could eat. I mean, what does one say to that?
'Four Weetabix,  two croissants, toast, poached eggs and bacon! That's really very good, very good indeed.'
'I'm so proud. They take it after me.' (I didn't really say that)
'And five glasses of apple juice as well!' one of them reminded her happily. Clearly she wasn't used to boys, because she definitely looked at me oddly when I then did a 'mammy' and wrapped up a few sausages and a croissant in a napkin for the car journey home.

4. I'm probably one of the last to see it, but myself and a few laydees finally went to see 'Les Miserables' last night in the cinema. OMG. I'd seen it on stage last year in London but was still completely unprepared how utterly AMAZING the film was. The closeups, the sets, the drama, the tragedy, the emotion-all five of us wept from beginning to end, passing tissues up and down the row-just wonderful! Alright, so these were definitely actors singing (they were no SuBos), but I thought they did a great job, even the much maligned Russell Crow. And as for the talented and 'very easy on the eye' Hugh Jackman...and Anne Hathaway ...and even Borat! Who knew! Go and see it if you haven't already...just remember to bring your hankies.