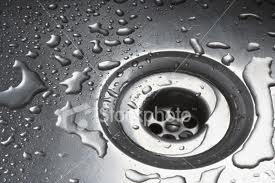 I don't know what the weather's like with you, but here its horrible - a freezing, windy, rainy AND its January AND a Monday.  The sort of day that you remember on a typically wet, but somewhat average day in April and think, 'Well, it could be worse! It's not as bad as THAT Monday in January !'

On the upside though, ('cos there's got to be an upside...there HAS to be), and in no particular order, January is at last nearly over,  Loverboy gets back from India this week, AND Luke has just produced an impressive load in his potty. (It took a day and a half of near constant sitting, but still, it's progress and I  KNEW you'd want to be the first to know!)

So just because its Monday, and I'm still on a poo high, and  feeling uncharacteristically benevolent as a result, I'm going to tell you a story that will make you feel good about yourself. If you've ever felt like a less than perfect parent, as I do most days, then this will definitely make you feel better.  From now on, you can think to yourself, 'Yes indeed, I may well have been fairly rubbish at this parenting lark today, but thank God, I'm nowhere near as bad as that Unfit Mother one!' Hence the name, which although may have started out as an LOL play on words regarding personal fitness, has wound up being unsettlingly prophetic.

Here we go-a week or two ago, not long after Luke had started potty training, he was having a spot of bother with the old number twos. (Oh whoops, I forgot.... he still is.) Anyway, on this particular day, and despite hours of sitting, there was nothing happening and he was becoming distressed but  then things finally got moving. Hurrah! After several rounds of applause, and the ritual waving off Mr Poo, I put Luke into a nice warm bath. And when I say bath, I actually mean sink. (We've got a big, deep kitchen sink which all resident and many visiting babies and toddlers have been regularly bathed in).

Anyway, all was good in the hood until it became clear that the previous job was not entirely finished, and to cut a long story short, and despite immediate evacuation, we had a code brown on our hands-a rogue floater in the bath water. Well, these things happen, but of course, I sprang into action, dealing first with an hysterical Luke, then with the bath water and offending floater, and finally cleaning the sink with bleach and antibacterial spray, and that was that...or so I thought.

Later, as it happened, we had a birthday party for Rory's 7th birthday, so we'd a houseful of kids, and my sister, sister in law and Mum were also here to give me a hand. First was a disco, (which was actually just  'Gangnam Style' played over and over),  Pass the Parcel,  Musical Statues and then it was time for the food. So far so good.

It was at that point, after I'd put a movie on and the kitchen clear up began, that the unfortunate discovery was made by my sister Mary. There was soapy water in the sink- she'd been wiping down the work tops - and when she let it out, she called me over and said 'Look, maybe it's just me, but this sink smells like shit. I mean, not just a bit smelly, ACTUAL shit.'

Distant alarm bells began to go off in my head, and I felt myself begin to twitch. 'What? What? What'd you do?' So I told her...and when she wrenched out the plug- you know one of those big metal ones that usually stay in and catch the debris? Well, below that, and lodged snugly in the plug hole was a  second, ever so slightly bleached, pebble of poo. There, it had happily remained all day long while I filled and refilled the sink..you get the picture.

And even though I can assure you that a MAJOR deep clean followed, I understand that there's just no way back from that. So the only upside that I can dredge from the entire sorry scenario, is that YOU can now go away with a spring in your step and a freshly renewed confidence in your own vastly superior parenting skills, secure in the knowledge that there's MUCH worse out there.....Yes, I'm leaving now. Emmax


I've joined up with Sarah Miles at Hello Wall today-go on over and take a peek at the rest!