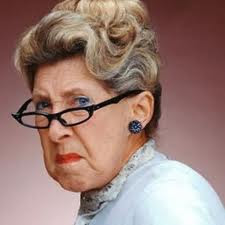 I'm tired today and I really don't feel like chatting much. My mouth is sore- I got that dental surgery that I was telling you about last Friday, and although not in terrible pain, I  feel a little bit rundown.

There's lamb mince in the fridge that needs  to be somehow woven into shepherd's pie for tonight's dinner but I just can't face it...not yet. Maybe after another coffee.

My iPhone's currently broken and I feel like I've lost a limb, which makes me annoyed at myself for caring so much, and very pissed off at a certain Loverboy who broke it in the first place.

But there I go, you see, because that's actually not quite true. I broke the screen and not for the first time either - it was on my knee, I forgot it was there, and when I stood up, the concrete got to it first. What an utter klutz.

So Loverboy went online and ordered me a new screen (£25), which he fitted yesterday using the specialist tools he'd bought following my  previous breakages. Only this time it wasn't so simple, and three hours later the screen looked great but now the rest of it didn't work. Which, of course,  I took REALLY well. (Translation-I was a complete bitch)

Later I apologized, (kind of), and then he cheered right up when he clocked Ginger Spice on Piers Morgan. Which obviously was my 'kill a fantasy' cue, because the next words out of my (sore) mouth were,
'You DO know she's not a proper redhead, don't you? That hair's dyed off her-she's actually mousy brown.'  And I then proceeded to ignore the look of surprised disappointment on his face. And felt not even the tiniest prick of guilt.. Nothing. ...Nada.

So I DEFINITELY wasn't going write anything today, because who needs to hear from a grumpy cow like me on a Monday morning anyway? But then, with typical contrariness I thought, 'Well tough luck, it's MY blog and I can write whatever I want on here and it doesn't have to be just the fun and happy stuff and no one HAS to read it anyway!'......... and it'll put off the ironing and shepherds pie making for a little bit longer too.  And wouldn't you know,  the stupid thing is, I feel a bit better just by getting it all down on (virtual) paper.

And if you've stuck with me to the end of this snarky bad tempered rant, then you're a much better person than I am....so thank you. Normal service will, (if I feel like it) resume shortly.

I've joined up on this post with the fab Sarah Miles at Hello Wall for her Monday Club link.
Posted by Emma at 11:58