Taking to the Skies 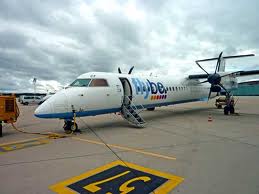 Last Saturday morning, I was on a 7am flight on my ownio to Exeter, (and then on to Torquay - the English Riviera, don't ya know!), to spend two days and one night with old school friends. Sounds simple...and really it should have been, but I don't travel that often on my own and it shows. The last time when I was in London to visit my sister, I somehow managed, in panic, to drop my pull along case full on a woman's head.... in a packed train carriage. She was stunned but fine. It. Was. Excruciating. As it happened, I actually hadn't missed my stop after all, so I had to stay on and continue apologizing over and over, until it was time to get off.... Good times.
Anyway, this time I was all organised the night before, so that when my alarm went off at 445am, I got dressed, took my bag and crept out. It was 530am, pitch dark and pouring down. Ten minutes down the road, I realized that I'd forgotten my phone - it was charging and I'd forgotten to lift it. Unable to face an entire weekend without it, (I know-pathetic!), I made the snap decision to turn back and screeched  into the drive, up the stairs, grabbed the phone (Loverboy- 'What the...?') and out the door. Again. It was now 548am, time was seriously tight and any hope of a pre flight cappucino was dashed. Like a bat out of hell, I somehow made it over the mountain and into the airport by 610am and rushed into the queue...  to discover 10 minutes later that it was the wrong one. Aaaaarrrrggggh! Finally, it was into security, which for me typically involves the removal of several lbs of costume jewellry, then two or three trips through the magic door frame, then finally a  good 'feeling up' by the burly security woman. This time didn't disappoint, but eventually, more than a little frazzled, and frankly slightly violated, I made it through to find that the flight had been slightly delayed, so all was well. Phew!
My thoughts now turned to the issue of my hand luggage. Loverboy had measured my bag the night before and declared that it was 10cm too big. Laughing uproariously at the ridiculous suggestion that I take a smaller case,  I'd decided to risk it. Now, before you heckle, I had my reasons. These were:
a) I'd used this bag as hand luggage in the past with no problems,
b) I'd reasoned a 7am flight to Exeter was bound to be pretty empty.
c) It was leopard print and I loved it.
d) I'm basically a gambler at heart.
The first indication that I'd backed a loser came with the announcement over the loudspeaker, warning of hand luggage charges. Probably just a standard recording, I reassured myself. The second indication was the crowd of people who appeared to be waiting for the flight. It transpired that this flight wasn't actually finishing in Exeter- it was continuing on to Paris. Two little words popped into my mind and the penny reluctantly dropped -' halfterm' and 'Disney'.
Hurrying towards gate 10, I remembered that my fairly large handbag still had to be squashed into my already bursting 'hand' luggage. So, when I got there, and watched with genuine interest by my fellow passengers, eventually, and only by kneeling on it, I managed to get my handbag in and the zip shut. At this point, it dawned on me, that my bag possibly DID look moderately large in comparison to everyone elses, and I'm almost certain that several of those around me shared that observation.
Getting up off the floor, I discovered that, most annoyingly, the bag's handle had jammed in the half position. As in, I could put it down but couldn't fully extend it. No matter how hard I tried, (and by this stage I really WAS the floor show), it was resolutely stuck. Right on cue, a grumpy looking staff member approached checking on ID and boarding passes. Standing in front of my case, I smilingly handed her my documents, but she wasn't fooled.
'That's too big- you'll have to put that in the hold'.
'Really? I did measure it.' Well I did.
'If it doesn't fit in the bag checker, it's going in the hold. Follow me.'
It's very difficult to walk with dignity through a crowd of people, while pulling a leopard print case with a much shortened handle, and wearing these shoes but I did my best. You can guess what comes next. The humiliation of valiantly trying to force the case into the bag checker, with the entire queue watching in amusement while Grumpy Arse  looked on triumphantly. 'I think you'll have to admit that doesn't fit.' In a flash, a credit card machine was produced and she extracted her pound of flesh. Or more specifically £40 of cold hard cash. Nose in the air,  I swept past her on to the plane, and was in my seat, still burning with embarrassment, when a member of ground staff appeared in the empty aisle with the credit card  I'd left in the machine. So much for my grand exit.... Ah well, you win some, you lose some. The moral of the story is I need to travel more...or maybe that should be less?
Posted by Emma at 12:34