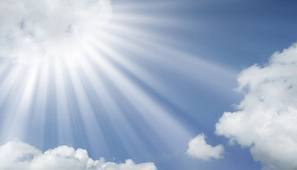 On this blustery Friday in November, I'd like to share with you a little miracle that occurred here this week. It may not be particularly spectacular or dramatic, but around these parts, it will henceforth be known as 'The Miracle of the Keys'.
As I rushed out to do the school run on Tuesday morning, I couldn't find my keys anywhere. I wasn't overly worried though, as I'd driven the children home the day before, and knew that they had to be somewhere in the house. So, I borrowed Loverboy's keys and made a mental note to look for them later.
At this point, it seems appropriate to acknowledge, that I've occasionally been labelled 'Horse Dung'- an unfortunate country expression inferring that I'm 'never off the road'.  In fairness, there's certainly strong empirical evidence to support this, and this week was no exception. In addition to the daily multiple school runs, on Tuesday, I did two 40 mile round trips to Belfast. (On the second, I also had a little run in with a metal sign at a petrol station, resulting in a broken headlight and bumper...but best not to dwell. ).On Wednesday, Loverboy drove 30 miles and on Thursday,  I had yet another 40 mile round trip to Belfast. (Bear with me- there is a point to all this).
As the week progressed, I became increasingly concerned about the whereabouts of my keys-they included 2 car keys, my house key and my parents' house key, all,( it must be said) on an exquisitely fab Biba key ring. So, in between doing my horse dung thing, I searched frantically everywhere I could think of- down the sides of couches, in coat pockets, welly boots, under beds, toy boxes, under car seats, basically anywhere eighteen month old Luke may have helpfully stashed them. I even rooted through the old kitchen bin bag, filled complete with a 2 day old chicken carcass and several dirty nappies- Yuck! DoubleYuck! Even the children were enlisted, shamelessly enticed by the promise of a reward, and I think it's safe to say that no stone was left unturned during Operation Keys.
To no avail. By Thursday morning, I was completely stumped and  quite despairing of ever seeing them again. In the car, with the boys on the way to school, we rattled through our usual few prayers, and as an afterthought I asked St Anthony, ( patron saint of lost things), to help Mummy find her keys.
Fast forward to later that day- while leaving my mum's in the pouring rain, I was standing at the front of the minivan, when I noticed something glinting on the roof of the car. For a moment, I could barely speak- all  that emerged was 'Oh Oh Oh!', for there were my keys, soaked, but in otherwise perfect condition, on the car roof.  I'd absentmindedly set them there on Monday evening, as I'd unbuckled Luke from his car seat. They were there for 3 whole days and nights, and for all those miles on all those roads. They were there in broad daylight, in various public car parks- a gift for any opportunistic thief who happened to be passing.
So call it what you will-luck, karma, or just frickin' unbelievable-but in my mind it's a miracle, just for me, right here in little old Glenavy. So thank you, St Anthony, I'll never doubt you again. From now on, you dah man, as far as I'm concerned! Hallelujah!
Posted by Emma at 17:49